"This could've been a much different situation," Easton Police Department Chief Carl Scalzo said of the crash

A group of students was involved in a bus crash in Pennsylvania on Monday morning — but it appears none suffered serious injuries, according to authorities.

An Easton Area School District bus crashed through a guardrail and rolled down 25 feet before landing in the Bushkill Creek, according to Lehighvalleylive.com.

"We were dispatched at 07:39 for an accident with unknown injuries," ​​Easton Fire Chief Henry Hennings tells PEOPLE in a statement.

"On arrival we found a school bus that left the roadway, crossed a bike path/walking trail and had continued down an embankment coming to rest in the Bushkill Creek," Hennings adds.

There were "approximately 30 people on the bus," which included the middle school students and the bus driver, per Hennings.

Easton Area School District Superintendent David Piperato told lehighvalleylive.com that there were 29 students on board.

Piperato did not immediately respond to PEOPLE's request for comment.

Tennessee Man Searching for Stolen Car with Daughter's Ashes Inside: 'Lost Her All Over Again'

With help from the Easton Police Department, authorities then began the process of removing students.

Due to "minor" injuries, Hennings says that three people had to be removed in stretchers as "they couldn't walk or climb."

"Since it was down an embankment we utilized ground ladders to get them from the creek bed back up to the bike path/ walking trail," Hennings adds. "Once everyone was removed from the bus all patients were triaged and if needed transported to local hospitals for treatment."

"Making sure our students are safe and the welfare and safety is first and foremost," John Remaley, supervisor of SafeSchools for Easton Area School District, told WFMZ.

"We were down here with parents, making sure proper unification was accomplished," Remaley added.

Although the cause of the crash is unknown, police say the vehicle was "traveling northbound" when it "veered off," Easton Police Department Chief Carl Scalzo told WFMZ.

Scalzo went on to sat that he was thankful the crash wasn't worse.

"They could've hit any one of those trees, if the water was higher, if there was a vehicle traveling in the opposite direction or if there was somebody on the path, this could've been a much different situation," Scalzo told the outlet. "So for a bad situation, you look to count the blessings when they're there and there were a lot this instance." 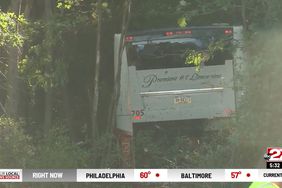 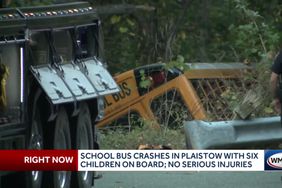 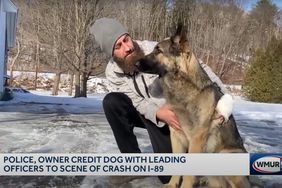 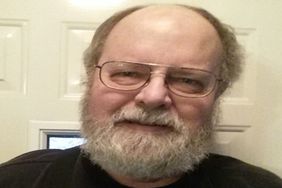 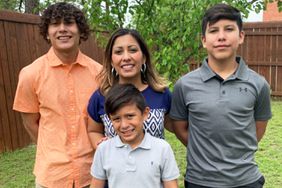