Oprah, Warren Buffett and More Billionaires Reveal Their Best Advice in New Book How to Lead

What makes a great leader? Why do some people become leaders and not others? And how do they deal with setbacks?

In his new book How to Lead: Wisdom from the World's Greatest CEOs, Founders, and Game Changers (out Tuesday), David Rubenstein, co-founder of the influential private-equity shop Carlyle Group, explores these questions in revelatory interviews with some of the world’s richest and most famous people, including Oprah Winfrey, Warren Buffett, Jeff Bezos and others.

Below, their best tips for success from How to Lead.

On quitting his job at investment management firm D.E. Shaw to start Amazon: “It’s one of those decisions I made with my heart and not my head. I basically said, ‘When I’m eighty, I want to have minimized the number of regrets that I have in my life.’ Most of our regrets are acts of omission. They’re the things we didn’t try. It’s the path untraveled. Those are the things that haunt us.”

On the importance of a morning routine: “I go to bed early. I get up early. I like to putter in the morning. I like to read the newspaper. I like to have coffee. I like to have breakfast with my kids before they go to school. So I have my puttering time, which is very important to me. That’s why I set my first meeting for ten. I like to do my high-IQ meetings before lunch. Anything that’s going to be really mentally challenging, that’s a ten-o’clock meeting. By 5 p.m., I’m like, ‘I can’t think about that today. Let’s try this again tomorrow at ten.’ I need eight hours of sleep. I think better. I have more energy. My mood is better.”

On selflessness: “Your legacy is every life that you’ve touched. We like to think that these great, philanthropic moments are the ones that leave the impact, or will make the huge difference in the world, but it’s really what you do every day. It’s how you use your life to be a light to somebody else’s.”

On career changes: “This is what I now know with age and perspective — that many times, getting demoted or getting fired is an opportunity for something else to show up. Lots of people I’ve interviewed over the years have these stories about it being the best thing that ever happened. It puts you in the next best place.”

On the key ingredient to success: “Surrounding yourself with great people. Learning to delegate early on — not trying to do everything yourself. Making sure you’ve got the kind of people who are praising the team around them, not criticizing them. And having people who are willing to really innovate, be bold, and create something that everybody who works for the company can be really proud of.”

On what he’s learned about leadership: “Being a really good listener is one of the most key things. When I sit around listening to the Elders [a global advisory group] talk in meetings, I realize they’ve become Elders because they spent their lifetimes listening and absorbing and then only speaking by choosing their words carefully. Another key thing is loving people — a genuine love of everybody, and looking for the best in people. Even if they’re being a pain, you can normally find the best in pretty well anybody.”

On work environments: “I did consider leaving Microsoft, though, within about two years, because the culture was abrasive, quite honestly ... then I thought, ‘I’ll try being myself in this culture and just see if it works, and if not, I’ll go take some other job.’ I started to be myself, and I started to build teams that were collaborative and that worked together more and were less abrasive. It turned out I could recruit people from all over the company, to my surprise, to work on these teams.” 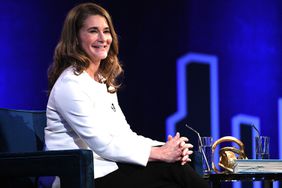 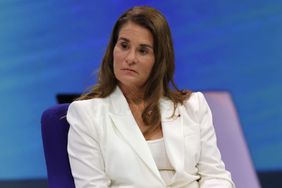