Bill Gates was spotted in New York City on Saturday, less than three weeks after he and wife Melinda Gates announced their plans to divorce

Bill Gates was pictured in public for the first time since he and his estranged wife Melinda announced earlier this month that they were divorcing after 27 years of marriage.

The Microsoft co-founder, 65, was spotted Saturday leaving the Greenwich Hotel in New York City after flying into Newark Airport in Newark, New Jersey, the day prior.

The father of three wore a gray polo, navy pants, black shoes and glasses. His wedding band could be seen on his left ring finger in the photos.

For the outing, Bill was also joined by his and Melinda's daughter Phoebe, 18, her boyfriend Chaz Flynn and a group of security detail.

Bill and Melinda, 56, announced their split on May 3. They have three children, daughters Jennifer, 25, and Phoebe, and son Rory, 21.

A source previously told PEOPLE that the couple's split was not a surprise to their inner circle, and that their relationship had been splintering before they officially called it quits.

"He could have treated Melinda better," the source said. "He's not a saint, but there isn't one thing that created the final split. It goes deeper than that."

The source continued, "It's many years of differing views of the world, the foundation, and of life in general, and those things piling up. They are older and each personally looked at life and asked, 'Is there more out there than what I have?' "

A recent New York Times report alleged that Bill had a reputation for pursuing women who worked for him. A spokesperson for Bill also confirmed an affair with a staffer that took place nearly 20 years ago.

The Times report claimed that Bill was known for exhibiting "questionable conduct in work-related settings," and "on at least a few occasions" made attempts to pursue women who worked for him both at Microsoft and at the Bill and Melinda Gates Foundation, which he founded with his estranged wife in 2000.

At the time, a rep for Melinda did not return PEOPLE's request for comment, nor did a spokesperson for Bill.

A spokesperson for Bill previously told PEOPLE in a statement that "the claim of mistreatment of employees" is false.

"It is extremely disappointing that there have been so many untruths published about the cause, the circumstances and the timeline of Bill Gates's divorce," the statement said. "[The New York Times's] characterization of his meetings with [Jeffrey] Epstein and others about philanthropy is inaccurate, including who participated. Similarly, any claim that Gates spoke of his marriage or Melinda in a disparaging manner is false. The claim of mistreatment of employees is also false. The rumors and speculation surrounding Gates's divorce are becoming increasingly absurd, and it's unfortunate that people who have little to no knowledge of the situation are being characterized as 'sources.' " 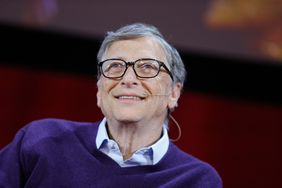 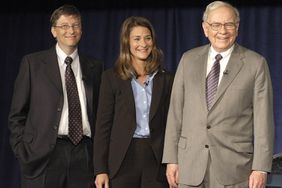 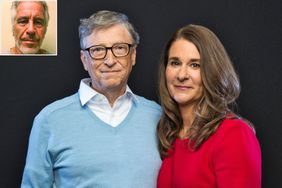