North Carolina Bride Throws $3,000 Wedding with Only Items Bought on Amazon — Including Her Dress!

As Ashley Hicks and her now-husband prepared to wed last month, the lovebirds knew two things — they wanted to spend the rest of their lives together, and they didn’t want to go into debt because of it, KTVU reported.

While many couples may justify the expenses because of the significance of the day, Hicks and her husband, Tre Hicks — who works in finance — were set on not going into the red, she told ABC 7.

“My husband was like, ‘We’re definitely not doing that,’ ” Hicks, who got engaged in February, recalled.

With a budget in mind, the couple’s wedding planner recommended using Amazon to gather ceremony and reception supplies, according to ABC 7. Hicks said she would go to local stores to get ideas for the things she wanted, and then would turn to the online retailer to find something similar, using reviews to help her make the right purchase.

“We bought my dress, shoes, bridesmaid dresses, their shoes, their jewelry, my husband’s suspenders, all the groomsmen’s gifts — except bow ties — our table settings, and the plates, it was a long list,” Hicks told the news station.

And when Hicks went shopping for a dress — one of the most important components of the big day — she was put off by the price tags.

“It was like a thousand dollar dress, and I was like, ‘Hmm, I don’t know,’ ” Hicks said of the gown she found in one store. “It was a cute dress, but, I knew what I wanted and I wanted mermaid, I wanted lace.”

So, again, she turned to Amazon and found a great deal from a dressmaker in China. She sent the seller her measurements, and just two weeks later, the dress arrived.

The couple married on June 8, having only spent $3,000. Now, Hicks says, she’ll be turning to Amazon for any other celebrations.

“We had about 150 guests, and I probably spent about $3,000 total including our food, all the attire, decorations, everything,” Hicks said.

“Amazon is amazing,” she added. 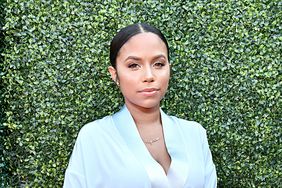 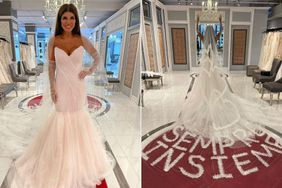 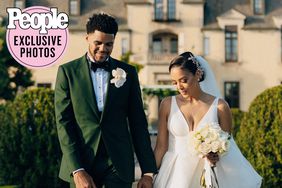 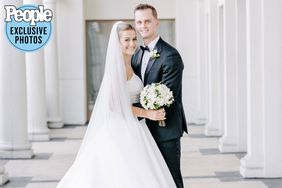 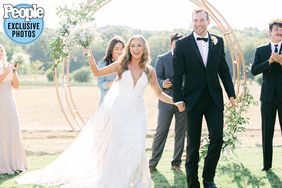 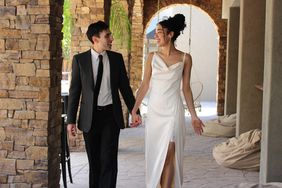