From Dior Dresses to Private Jets: All About Heiress' $1M 'Sham' Wedding That Sparked a Lawsuit

It was called “the dreamiest desert wedding you’ve ever seen.”

But the groom says it was all a “sham.”

Celebrity hairstylist William Jordan Blackmore, 35, is suing car dealership heiress Andi Potamkin, 30, for $2 million in damages after allegedly learning that their “lavish” November 2015 wedding ceremony was not legally binding because Potamkin allegedly instructed the officiant to not become ordained, according to the suit obtained by PEOPLE. This, the suit alleges, was because Potamkin’s dad, 70-year-old multimillionaire Alan Potamkin, was allegedly concerned that Blackmore would not sign a prenuptial agreement (which he wound up signing).

The bitter proceedings paint a much different portrait of the pair who, just four years ago, appeared to be the picture-perfect husband and wife. It all began with their destination wedding, equipped with everything from carefully crafted centerpieces to a hashtag (#Jordandiwedding). Guests stayed at the luxury Canyon Point resort, where suites can go for more than $3,700 a night.

“Breathtaking wedding!!! @andiandiandi @threesquaresstudio ❤️’d being there to share in this magical moment. Andi and her father Alan walking her through the desert,” Atwood wrote.

Guests were invited to take part in plenty of active adventures during the day, and “by night, they would be treated to entertainment such as poker and karaoke,” the suit says. The invitees shared photos of themselves on or boarding the private planes, with one calling the four-day extravaganza “the most epic wedding ever” and another simply writing, “We’re coming for you.”

It was Andi’s dad Alan who financed the wedding, “intending to give his daughter the fantasy experience and attention she so desired,” the suit states. Andi wore Dior and Oscar de La Renta during the trip, according to Elle, and photos showed the bride in a two-piece gown with a crop top and colorful skirt — with Coveteur calling it “mind-blowingly beautiful.”

Afterward, they embarked on a month-long, $25,000 honeymoon in California, the suit states, noting that Blackmore paid for the getaway. Then they “lived together as husband and wife” for three years before Andi broke off the relationship in December 2018 following an alleged affair with a man she met while on a cruise in Vietnam, the documents claim.

Now, Blackmore — a New York City-based hairdresser whose clients are said to have included Marc Jacobs, Leighton Meester, Andre Balazs and Selena Gomez — is suing Andi and her father in excess of $2 million for fraud and seeks to nullify the prenup and have a jury trial, according to court papers.

Andi has denied Blackmore’s allegations in a response to the complaint obtained by PEOPLE, claiming that neither she nor her father committed fraud.

Andy’s response states that Blackmore was not “duped” by or “devastated” over the divorce and is simply looking to “publicly humiliate” her. She also denied an affair and that she instructed the officiant to not become ordained, as Blackmore accuses in his suit.

As part of Andi’s answer to the lawsuit, her lawyer provided PEOPLE with an alleged email from Blackmore, dated Feb. 9, 2017: “Andi and I have yet to go to the courthouse and file our marriage with the state of New York. (Therefore on paper we are not married.),” Blackmore allegedly wrote.

Blackmore has also filed documents to get the wedding recognized in Utah, according to the lawsuit. And so has Andi, according to a statement emailed to PEOPLE by her lawyer, Jennifer Altman.

“Both parties agree that they had a beautiful destination wedding, that they were very much in love, and that they lived together as husband and wife,” the statement says.

“Indeed, both parties have filed to recognize the marriage in the state of Utah,” Altman adds. “There is a prenuptial agreement signed by both parties that sets forth the terms under which the assets will be distributed upon divorce. While it is unfortunate that the marriage has ended, the failure of a marriage does not justify Mr. Blackmore’s use of the legal process as a manifestation of his disappointment.”

Meanwhile, Blackmore’s attorney, Matthew Coogan, gave PEOPLE the following statement about Blackmore’s 2017 email with Andi: “The 2017 email is a red herring and taken out of context. Jordan filed jointly in 2015 because, on account of the Potamkins’ fraud, he believed that he was married to Andi Potamkin. In 2017, Alan Potamkin prevailed upon Jordan to amend the jointly filed tax returns, disingenuously explaining to Jordan that in the eyes of the taxing authorities, Andi and Jordan were not married for tax purposes because their marriage had not been filed in a New York Courthouse. At that time, Jordan was still completely unaware that their Utah wedding ceremony did not result in a legal marriage.” 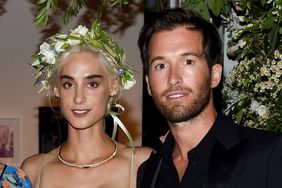