It's been more than a year since Amy Krouse Rosenthal died from ovarian cancer, after penning a headline-making dating profile for her husband, Jason

When Amy Krouse Rosenthal penned a heartbreaking dating profile for her husband, Jason Rosenthal, before her death last year, she encouraged him to start a new love story.

It’s been 15 months since the Chicago author died from ovarian cancer on March 13, 2017. And although Jason has been able to find moments of joy again, the widower says he’s not sure if he’ll ever remarry.

Last March, The New York Times published the dating profile titled “You May Want to Marry My Husband” that Amy wrote for Jason. In the moving essay, Amy called Jason “an easy man to fall in love with,” described him as a “sharp dresser” and an “absolutely wonderful father” to their three children.

Amy died 10 days after the profile was published. Jason said the months following her death were “groggy,” but he found a bit of joy in the onslaught of messages he received from female readers.

“A group of women reached out to me and professed their commitment,” he told Today. “Some of it provided a nice bit of levity and some humor.”

The comments come just after he opened up about his wife’s final weeks during the recent TED 2018 conference. He spoke of a particular email from a potential partner.

The message read: “I will marry you when you are ready. Provided you permanently stop drinking, no other conditions. I promise to outlive you. Thank you very much.”

Despite the instances of humor and joy, Jason said he is still haunted by the last moments he spent with Amy.

“My wife died of ovarian cancer in our bed,” he said in the TED Talk. “I carried her lifeless body down our stairs, through our dining room and our living room to a waiting gurney to have her body cremated. I will never get that image out of my head.”

RELATED: Woman with Terminal Cancer Creates Heartbreaking Dating Profile for Husband: ‘He Is an Easy Man to Fall in Love With’

“I remember walking backwards to the bathroom, assisting Amy with each step,” he said. “I felt so strong. I’m not such a big guy, but my arms looked and felt so big and healthy compared to Amy’s frail body.”

Now, Jason is grateful for his wife’s very public edict that he “go on” after her death.

“As I climbed out of the deep, deep darkness of grieving, I sort of had that little guardian angel on my shoulder when I went out and I found my smiling,” he told Today. “I’m laughing, ‘It’s okay, Amy said you could find happiness.’ ” 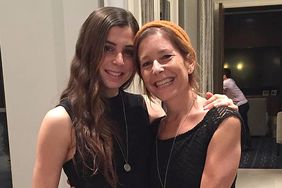 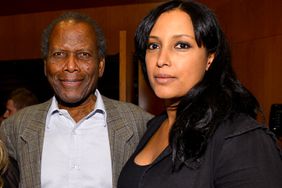 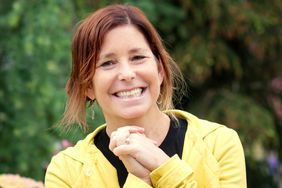 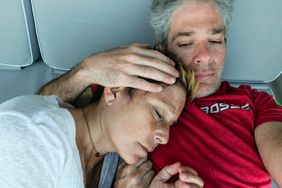 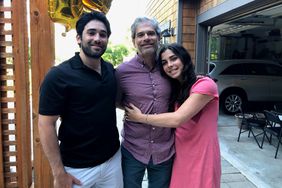