A 6-year-old boy is the youngest victim of the deadly F3 tornado that ripped through southeast Alabama over the weekend and claimed the lives of 10 family members.

The Lee County coroner’s office has identified the 23 people killed when the vicious tornado struck Beauregard around 2 p.m. on Sunday. The victims include four children, with the youngest victim being 6-year-old Armando “AJ” Hernandez and the oldest, Jimmy Lee Jones, 89.

“Little AJ didn’t make it,” Hernandez’s aunt, Tina Melton, wrote in a Facebook post on Sunday. “He was found but he didn’t survive. I can’t even type the word. He was a little Angel from God and God wanted him back. He was a precious little man that was loved by everyone. I will miss your little smile and your sweet voice and face.”

The Lee County community has been scrambling to recover after the tornado wreaked havoc on the region, destroying several homes, leaving debris strewn across roads and leaving more than 40,000 homes and businesses without power. The tornado was one of 18 that hit Alabama, South Carolina, Florida, and Georgia over the weekend, according to USA Today. Chris Darden, a meteorologist with the National Weather Service, told USA Today that the tornado that struck Lee County packed 170 mph winds.

Along with Hernandez, three other children lost their lives, including Taylor Thornton, 10, Jonathan Marquez Bowen, 9 and 8-year-old Mykala Waldon. Bowen’s mother, Shamel Hart, told WRBL that the family was visiting a relative in Beauregard when the tornado hit.

“The house we were in went up and the floors disappeared underneath us. One minute felt like hours. The Tornado ripped our kids from under us without remorse,” Hart wrote on a GoFundMe page set up for the family.

Hart added to WRBL: “He really fought hard, I know he was fighting really hard for me … When we were in the hospital, and his body was under so much stress, and I told him it’s okay to let go.”

Bowen died at East Alabama Medical Center. Waldon was Bowen’s cousin, according to WRBL. It is unclear whether Waldon was in the home as well.

“A piece of my❤️is gone and i just cant understand why Lord!!!” she wrote. “Help me my world is forever crumbled my baby gone yall.”

Ten of the victims belonged to the same family, as they were related by marriage, according to USA Today.

The oldest victim, Jones, is also part of the family along with victims Emmanuel Jones, 53, and 83-year-old Mary Louise Jones, according to TIME.

The news comes as dozens of emergency responders work to find and rescue any survivors in the wake of the tornado. Lee County Sheriff Jay Jones told reporters that crews are using heavy equipment to clear debris as they search for at least seven or eight missing people, according to CNN.

“Hopefully that number will continue to decrease as the day goes on,” Jones told reporters on Tuesday.

“What a wonderful blessing this will be for the families who have lost loved ones!” authorities wrote in the post. “To these corporations we thank you!”

Recovery efforts are already underway, with several organizations setting up relief funds for those impacted by the tornadoes.

The Red Cross has set up a shelter at Opekika’s Providence Baptist Church equipped with water, food and counselors.

The Governor’s Emergency Relief Fundthis link opens in a new tab is also accepting donations to help those affected by the storm.

The Auburn City School District is accepting all forms of donationsthis link opens in a new tab from money and bottled water to diapers and air mattresses as officials seek to aid in the recovery efforts.

“Our hearts go out to those who lost their lives in the storms that hit Lee County today,” Ivey tweeted earlierthis link opens in a new tab. “Praying for their families & everyone whose homes or businesses were affected. Officials from #AlabamaEma & other agencies are quickly working to provide assistance.” 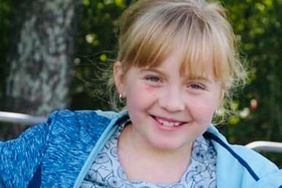 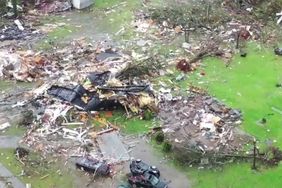 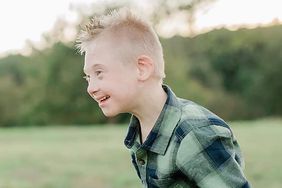 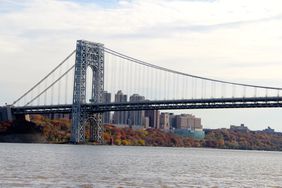 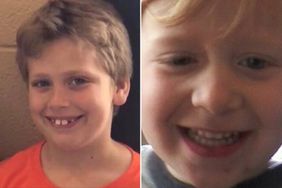 Brothers, 3 and 8, Die When Tree Hits Family Car in Texas Tornado: They Were 'Joyful Children' 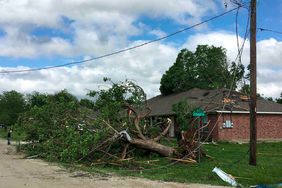 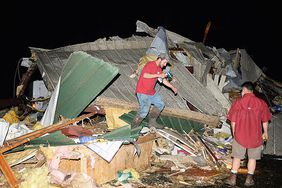