The flight, which departed from Vancouver, was expected to land in Australia, but had to make an emergency landing in Hawaii after the severe turbulence injured many

Nearly 40 Air Canada passengers were left injured and traumatized after their flight from Vancouver to Australia took a frightening turn and hit severe turbulence, forcing pilots to make an emergency landing in Hawaii.

Of the 269 passengers and 15 crew members onboard Flight AC33 Thursday, 37 of them experienced injuries from the “un-forecasted and sudden turbulence”, Angela Mah, a spokesperson for Air Canada, confirms to PEOPLE.

Upon landing, 30 of those people were rushed the hospital following the incident, with nine initially listed in serious condition and 21 suffering minor injuries, Hawaiian health officials said in a press conference. Seven others refused treatment at the airport.

As of Thursday evening, however, Mah says that “all people except one passenger have been assessed, treated and released by local hospitals,” but noted that “the last passenger will be released before the end of today.”

The plane, which originated in Toronto, had taken off from Vancouver International Airport late Wednesday night and was headed toward Sydney.

Things were going smoothly, with many of the passengers onboard sleeping, until hours later when the plane was approximately two hours past Hawaii, Mah says.

As the aircraft flew over the Pacific Ocean, that’s when chaos ensued as passengers said they were suddenly thrown out of their seats. The turbulence was enough to violently jolt nearly everyone downward, awakening those were sleeping, and cause oxygen masks to drop from the ceiling.

“The lady in front of us, I don’t think she had her seatbelt on and she hit the ceiling,” passenger Sharon Thornton told CTV News Vancouver. “A couple of stewardesses were injured and a lot of people had cuts to their head.”

“A lot of people hit the ceiling, and a lot of screaming,” Michael Bailey recalled to CBS News. “Sitting in front of me the girl hit the plastic overhead and actually snapped it and broke it. I think one of the stewards was badly injured when the trolley fell on top of them.”

Speaking to CTV News, Bailey added, “It must have dropped like, 100 feet or something because everyone went up to the ceiling throughout the plane. It was pretty scary.”

Lachlan Coffee also told the outlet he felt like the plane was going to crash. “It was like a scene from a movie. It was really traumatic,” he shared.

The terrifying moment was documented on Instagram by passenger Sam Rattanasone. In photos snapped by the traveler, oxygen masks can be seen dangling from the ceiling while food is scattered on the floor.

Despite being two hours past Hawaii, the plane was forced to turn around and make an emergency landing at Honolulu Airport, Mah tells PEOPLE.

The aircraft landed normally on Thursday morning at approximately 6:45 a.m., local time, where six ambulances and 50 first responders were waiting. They then transported 30 people to a local hospital for their injuries.

In the photos taken by Rattanasone, he appears to be one of the travelers who suffered a neck injury as he shared a selfie with a brace on.

Another image shows the first responders at the scene as a fellow passenger sits at the gate, also with a neck brace on.

Jim Howe, director of the Honolulu Emergency Services Department, told CTV News he was happy with the way the unexpected event unfolded, despite the fact that many suffered minor injuries.

“No lives lost and we’re very, very pleased with the outcome,” he said, adding that many of the passengers were able to contact their loved ones.

In the wake of the incident, Mah says Air Canada is handling the matter and providing accommodations for the passengers until they re-depart for Australia tomorrow.

“Our first priority is always the safety of our flights, passengers, and crew and as a precaution, medical personnel were on standby to assist passengers in Honolulu,” Mah says.

“We have made arrangements including hotel accommodations and meals for passengers in Honolulu,” she adds. “The flight to Sydney, AU is planned to resume tomorrow, July 12 at 12 noon local Hawaii time.” 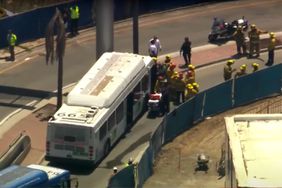 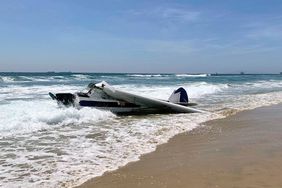