Two men were killed and two teenage girls were injured after they plunged an estimated 80 feet from a freeway overpass into a canyon following a car accident in San Diego.

The victims were four of the six occupants of a 2012 Nissan Altima when it spun out on State Road 56 and collided with a metal guard rail Tuesday night, a spokesperson for the California Highway Patrol told PEOPLE in a statement.

Witnesses told authorities that the group got out of the vehicle after the crash and darted toward the right-hand shoulder of the freeway, as the damaged Altima was blocking a lane on a bridge.

Four people hopped over a concrete wall on the south side of the freeway, while two continued to head east in the shoulder, the spokesperson said.

Two males in their late teens or early 20s were found dead approximately 80 feet below the freeway, according to KSWB.

Milwaukee Bus Driver Rescues Lost Baby Girl from Freeway Overpass: She ‘Was So Scared and Cried’

Two girls, reportedly 14 and 15 years old, were found nearby with “severe” injuries, and were transported to Scripps La Jolla Hospital for treatment, the spokesperson said.

Investigators said they believe that the four who jumped the wall were trying to avoid getting hit by oncoming cars, and likely did not realize that the overpass hovered 50-70 feet above a canyon, Fox 5 San Diego reports.

“When the occupants got out, they were probably unfamiliar with the area and unfortunately jumped over the wall,” CHP Sgt. Brent Lowry told the outlet.

The remaining two occupants last seen heading east in the shoulder have not yet been located.

Officials reportedly said that an open beer was found in the vehicle’s front cupholder, but that it remains too soon to tell whether DUI is suspected.

The bodies of the two male victims are with the San Diego Medical Examiner, and an investigation into the crash is ongoing. 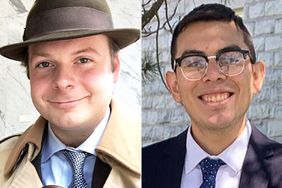 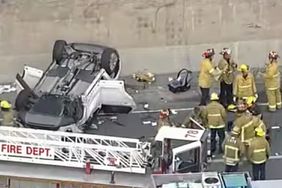 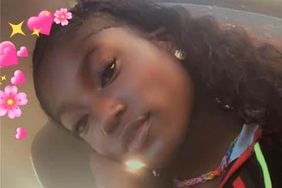 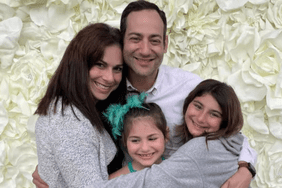 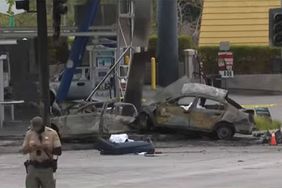 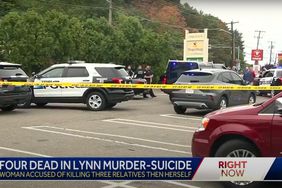 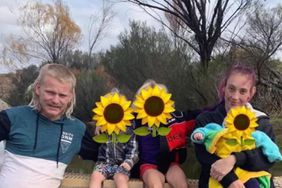 Girl, 5, Saves the Lives of Her 2 Baby Brothers After Car Crash Kills Parents in Australia: 'A Miracle' 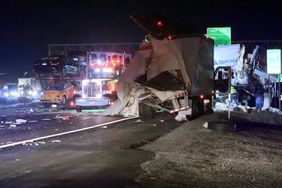 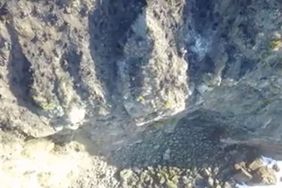 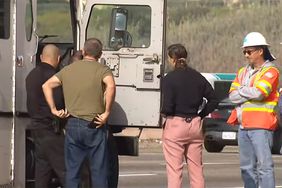 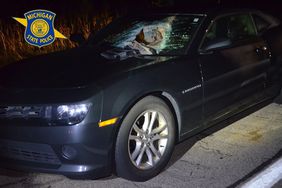 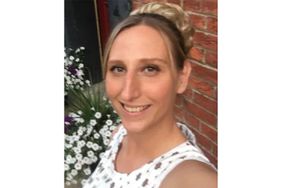