"We’ve been playing together almost 20 years now, we’ve hit just about every truck stop in America," Groban says of his piano player Mark in a new episode of Celebrity IOU, airing Monday

Josh Groban had the opportunity to change his longtime piano player's life with the help of Drew and Jonathan Scott.

In an exclusive sneak peek at Monday's episode of Celebrity IOU, the Grammy Award-winning musician enlists the Property Brothers stars to help him renovate the California family home of his friend and bandmate Mark, who has been his piano player since early in his career.

"We've been playing together almost 20 years now, we've hit just about every truck stop in America," Groban says, explaining why their friendship means so much to him. "And like for so many of us who have been off the road now this past year because of the pandemic, for Mark, I know that so much of his playing and recording has had to go from the stage to an at-home environment, where he's been using his garage."

With the help of the Scotts, Groban gets to work doing a full renovation on Mark's garage — a dark and dingy space which he was using as a music room, gym (complete with broken equipment) and hangout spot in one. Together, they turn it into a state-of-the-art recording studio with a lounge and a workout space with brand new machinery.

"To give him a thank you with something I know will mean so much to him is really special," Groban says, noting that it's so important for creative people to have space where they can express themselves. He also calls Mark beyond deserving of the makeover, saying, "He's humble. He goes out of his way to make sure everyone around him is taken care of and never asks for much. To be able to show him how much he's appreciated, that makes me so happy."

But Groban didn't want to just stop with the garage. The trio also decided to makeover Mark's backyard, where he spends lots of time with his family.

"He's so dedicated and devoted to his family," Groban says, explaining why the backyard was also a priority for him. "He's so proud to be the partner and the father that he is."

Outside, they tear down the dilapidated pergola and build a new one, add privacy barriers to close in the space, and complete the new oasis with an outdoor kitchen perfect for hanging out and dining al fresco.

When Mark and his family return to their house to see what Groban and the Scotts have done, the reveal gets emotional. Upon seeing his new recording studio, Mark is left in tears, saying, "It's so beautiful, I don't even recognize it."

"You're at home, trying to make the best of it, and it's pretty challenging sometimes, I've got to say," Mark says of his time away from touring during the pandemic, and the hardships that have come with it. He then calls the garage makeover "the biggest blessing that's ever happened to me," calling Groban his "second family."

Upon seeing the backyard makeover, the whole family is left in shock, taking in all the new features and spaces where they can comfortably enjoy their time together.

Now in its second season, Celebrity IOU gives stars a chance to show their gratitude for someone who helped shape their life or career by getting their hands dirty to surprise their deserving friends and mentors with a complete redesign of their beloved space with help from the Scott twins.

"It's amazing to see someone who is extremely successful be grounded enough to always remember the people who helped them get there," Jonathan, 43, previously told PEOPLE.

Celebrity IOU airs on HGTV Mondays at 9PM ET/PT, and is available to stream the same day on Discovery+. 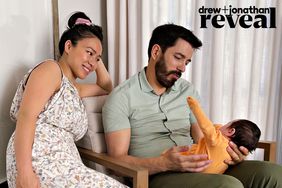 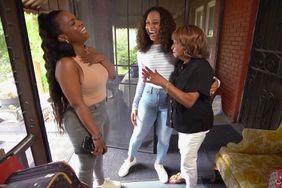 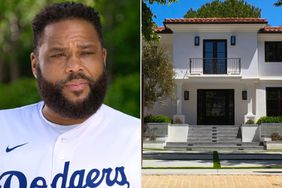