Tiffany & Co. Just Released a Home Line That Includes a $9,000 Ball of Yarn

See the hilarious reactions to the luxury brand's latest line

You may not be able to have breakfast at Tiffany’s, but you can have your breakfast beverages from a $95 Tiffany’s faux-paper cup.

The luxury jewelry brand recently released a line of “Everyday Objects” that includes high-end takes on home staples. A $600 sterling silver First Aid box, $425 protractor and a $9,000 ball of yarn are just a few of the items included — all of which naturally sent the Internet into a frenzy.

Anthropologie Cancels Orders After Accidentally Selling an $8,000 Couch for $0 and the Internet Is Crushed

“Tiffany and co is really out here trying to sell a ball of yarn for $9,000,” one Twitter user writes.

“If you want to feel extra poor today go check out the new everyday objects line from @tiffanyandco,” one user wrote. Another responded with, “I’ll take a birds nest for ten THOUSAND dollars.”

A sterling silver coffee can priced at $1,500 was a delightful surprise for shoppers, whose reactions can be summed up by the below Tweet that reads, “@TiffanyandCo makes memes now apparently.”

The collection garnered some support, though, with a few loyalists remarking the products like the bone china cups and writing utensils (the pens start at a cool $750) were “perfect.”

“Strive to the point you can afford to pay $95 for a #Tiffanys paper cup” wrote fan on Twitter. #HomeGoals 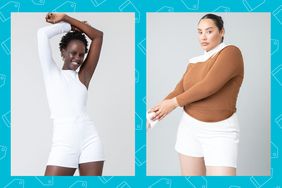