The pampered pooch, who inherited his fortune from the late German Countess Karlotta Leibenstein, used to sleep in the pop icon's former bedroom

The richest dog in the world is now even richer!

A very lucky German Shepherd named Gunther VI was the beneficiary of a trust which owned a nine-bedroom, eight-and-a-half-bath Miami estate once occupied by Madonna. The waterfront home was passed on to Gunther by his inheritance, and now, after listing it for a whopping $31.75 million in November, the home has sold for $29 million, PEOPLE can confirm.

The prestigious pup's wealth comes from the late German Countess Karlotta Leibenstein, who died in 1992 and willed her entire $80 million fortune to her beloved pooch, Gunther III — Gunther VI's grandfather — as she had no children or close relatives, according to several reports. The humans who manage the dog's estate have amassed a fortune worth about $500 million dollars, and have invested Gunther's money in mansions and villas around the world.

When it came to selling his Miami mansion, Gunther entrusted real estate agent Ruthie Assouline, with The Assouline Team at Compass, to take the wheel. "We have sold countless multimillion-dollar homes but this one is definitely a first," Ruthie told PEOPLE when the home first went on the market. "When the handlers initially told me a dog owned the property, I didn't believe it."

To land the listing, Ruthie, who co-listed it with Ethan Assouline, had to undergo a rigorous sniff test before receiving the bark of approval from Gunther. "During our first meeting with Gunther, he ran up to me and gave me a huge slobbery kiss and licked off my lipstick," she said. "I think that is what really sealed the deal!"

The private estate sits on a 51,000-square-foot lot with 100 feet of water frontage. It features extensive landscaping, open water and city views and a pool, fountain and dock where Gunther enjoyed soakin up the sun when visiting Miami from Italy, where he lives full time.

The home measures 8,400 square feet, which gave Gunther plenty of space to roam, but he preferred to spend most of his time in Madonna's former bedroom.

"He sleeps in a custom-created round Italian red velvet bed on the floor of Madonna's old bedroom," a source told PEOPLE. "Gunther lives the good life!"

"This property has a history that no one else can claim," said Ruthie. "In addition, the ultra-private gated estate sits on an expansive lot lined with stunning Royal Palm trees surrounded by lush landscaping and breathtaking open bay views."

RELATED VIDEO: 'I Dream of Jeannie' Star Barbara Eden Shows Off Her LA Home and Collection of Genie Bottles

Gunther's wealth is handled by The Gunther Corporation, which was created and designed to ensure that the dog is well cared for. The German Shepherd inherited the Miami estate, and his overall fortune, from his grandfather, Gunther IV, the second dog in the lineage, who actually purchased the home from Madonna 20 years ago.

There is a picture of Gunther IV above the fireplace, Ruthie noted.

When a pet owner leaves an inheritance to a dog or any other animal, the money is usually put into a trust with a human trustee named to make decisions on how it is spent. A caretaker is named for the pet, and that person receives regular funds to care for it.

Gunther's caretakers also own other businesses on his behalf, and have put money into scientific research. They even founded Gunther Rescue to help animals in need. 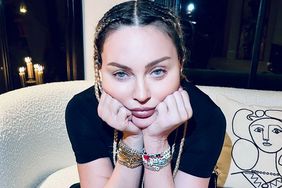 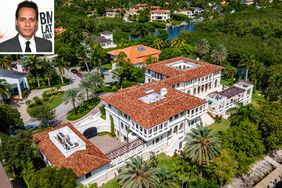