Tamra Judge is returning to her first love: real estate!

The Real Housewives of Orange County alum revealed she's kept up her real estate license over the years and has decided to give the career another go following her departure from the Bravo series.

"I'm going back into real estate. I've signed up with a luxury real estate agency," Judge revealed on RealiTea With Derek Z. She'll be working for another of the network's alums, John McMonigle, who appeared on the series Real Estate Wars. "He has a beautiful office in Corona Del Mar called Agent Inc.," says Judge.

A friend and fellow agent's advice inspired her new path, she explains.

"My girlfriend works there and she talked me into it. She's like, 'Real estate is booming right now. I don't know why you're not jumping into it,'" says Judge. "I'm like, okay, I knew there was a reason why I kept my real estate license active."

She shared the video interview on Instagram, captioning the clip "Going back to what I love," and adding "#sellingoc."

Judge, who also owns the fitness studio CUT with her husband Eddie and runs CBD company Vena Wellness, says that her passion for homes never waned.

"I'm obsessed with houses. Something people probably didn't know about me is that I'm on the MLS every day. I love home decor, I love decorating, I love houses, and I love helping people," she gushes, adding, "I could just tour houses all day long, so why not get paid for it?"

Tamra's recent personal real estate moves have also drawn attention: She sold her $2 million, 6-bedroom home in Coto De Caza, California, in February. The property wasn't even on the market at the time.

Tamra and Eddie purchased that house in October 2018, with the help of realtor Shelley Black of Veranda Realty. And Black aided in the sale of the home this time around too, approaching Tamra out of the blue with a buyer for the property.

Black has done the same thing for the couple before. She previously approached the reality star with a buyer for her last home in Southern California home, a 4,000-square-foot property that she bought for nearly $1.6 million. The Judges sold it right after finishing a major renovation.

Tamra announced she was leaving RHOC after 12 seasons in January. She has been on the long-running franchise since its third season in 2007 and was, at the time of the news, the longest-running full-time cast member in Housewives history.

"It's been a wild ride, and after all these years, I'm looking forward to life away from the cameras," Judge told PEOPLE earlier this year. "I was offered a chance to come back to the show in a limited role, but would prefer to walk away on my own terms."

A source told PEOPLE at the time, "[Tamra] was asked back for three episodes, so producers could close out her storyline." 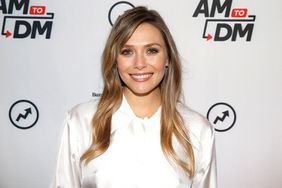 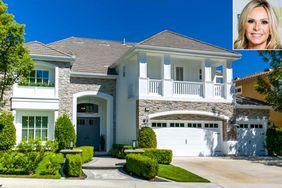 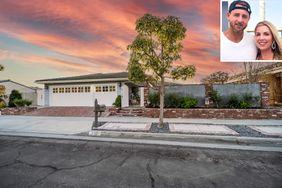