Amy Schulman has been a news and deals writer, strategist, and expert in the home and kitchen space with a focus on data and trends since 2019 at Dotdash Meredith. She has been writing and editing professionally for more than five years. Now at PEOPLE, Amy covers all the most enticing home and kitchen deals from Amazon, showcasing the likes of robot vacuums, nonstick skillets, cozy bed sheets, discounted furniture, and more. Previously, Amy was a food editor and journalist where she she crafted restaurant guides, interviewed local chefs and experts for reported features, reviewed restaurants, and sourced, reviewed, and tested the best products in the kitchen and home space. You can find her work in various publications like InStyle, Food & Wine, Real Simple, Travel & Leisure, and more. Amy is an excellent editor and strong storyteller, using her passions to dictate what she writes about.

Every kitchen has that one spot on the floor that's consistently sticky — no matter how many times you furiously scrub it. Rather than poke and prod at it with the same cleaning supplies, you'll need to invest in a powerful steam mop, one that's expertly designed to unlatch even the toughest of messes.

Start with the Shark S3501 Steam Pocket Mop, which is currently on sale at Amazon. The steam mop takes regular water, heats it up in just 30 seconds, and produces super hot steam that instantly erases dirt and grime on hard and sealed floor surfaces including laminate, marble, tile, and stone. Thanks to its quick-drying properties, the floors will be dry in no time. Plus, it can even remove 99.9 percent of germs and bacteria.

The steam mop comes with two washable microfiber pads, so you don't have to drag out heavy mops and buckets. It's also designed with a soft-grip handle, making it easy to maneuver around the house, and comes with a quick-release cord that extends up to 18 feet.

It's among the most popular steam mops at Amazon, having earned over 23,000 perfect ratings. Shoppers say you should "throw your Swiffer away." One reviewer wrote, "It has even taken up some stains that I thought were there forever," while another user said: "With this mop, cleaning my tile floors takes me less than half the time I spent with a mop and bucket, and my floors dry a lot faster, too."

A third shopper explained that they had hired a professional cleaning service to deep clean their house, and after they left wanted to test out this steam mop themselves. They shared: "No disrespect to the cleaning service because they did their best, but this mop pulled up the ground-in dirt and grime that a traditional mop couldn't hope to touch. The bright white mop cover came up dark brown after just one pass!"

Head to Amazon to get the Shark S3501 Steam Pocket Mop while it's 39 percent off. 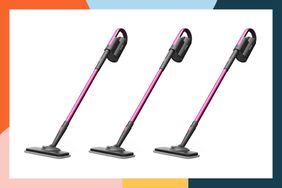 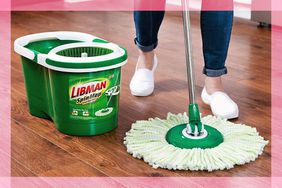 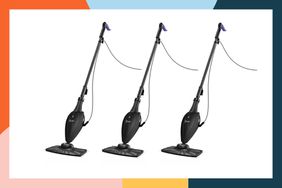 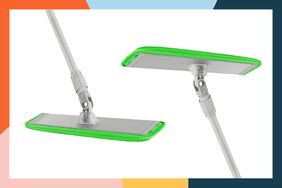 Deal Alert! This Microfiber Mop Makes Reviewers 'Look Forward' to Cleaning — and It's 60% Off Today Only 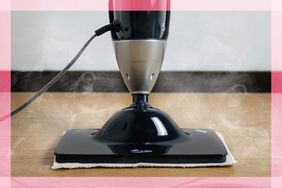 'Deep Cleaning Made Easy': Amazon Shoppers Are Praising This Steam Mop — and It's 47% Off Right Now 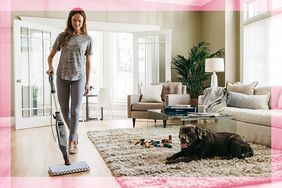 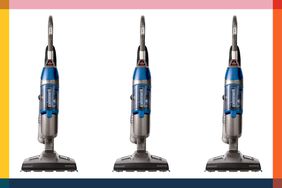 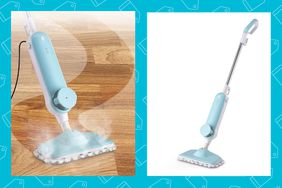 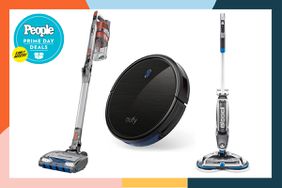 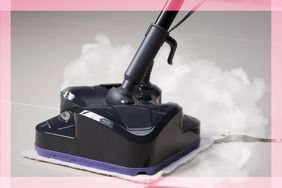 Amazon Shoppers Love How This Steam Mop Makes Floor Stains 'Disappear,' and It's Under $70 with a Coupon 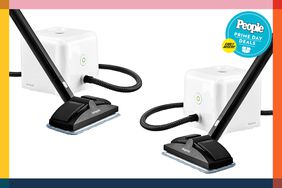 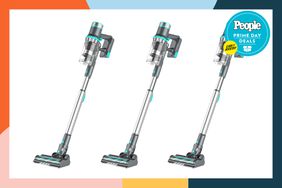 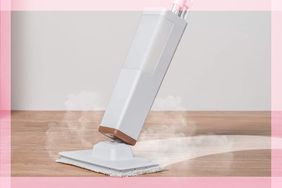 Deal Alert! The Steam Mop That 'Ripped Through Tons of Filth' Is 50% Off at Amazon 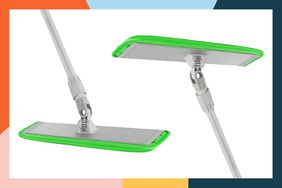 This Microfiber Mop Is 'So Great,' Shoppers Swear It Makes Them Want to Clean More — and It's on Sale 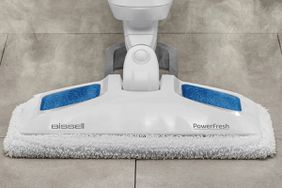 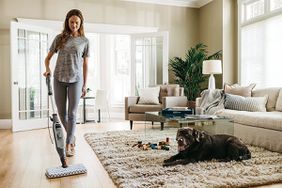