“This home is special because it's the ideal place to host friends and family, just as Emmitt has done many times over the years,” realtor Arthur Greenstein told PEOPLE when it was originally listed

One lucky buyer is officially going to live like a Dallas Cowboy in Emmitt Smith's Texas mansion!

The NFL Hall of Famer, 52, has sold his 10,806-square-foot home in Dallas for $2.2 million, PEOPLE can confirm. The property was first listed in September, with Arthur Greenstein of Douglas Elliman, and sold just 22 hours after being put on the market — an interesting coincidence as Smith wore the jersey number 22 for twelve years. The news of the sale was just made public on Monday upon closing.

As promised, the buyer will also be receiving a unique perk with their purchase: a dinner with the legendary athlete.

Smith built the home in 1995 and lived in it with his wife Patricia Southall and their children Emmitt James Smith IV, 19, Skylar Smith, 18, and Elijah Alexander James Smith, 11. The football player is also father to Rheagen Smith, 22, and a stepdad to Jasmine Page Lawrence, 25.

"This home is special because it's the ideal place to host friends and family, just as Emmitt has done many times over the years," Greenstein told PEOPLE when the home was first listed.

He added, "Now that his kids are grown, he is looking to downsize and is excited for the next owners to love the home as much as he has."

Smith shared his favorite thing about his longtime home in a statement. "One of my favorite aspects of the home is that it's perfect for entertaining," he said. "With a large dining room table that fits 22 people, a media room, and a large game room, this home is ready for the new owners to create their own memories with both friends and loved ones."

The main suite is equipped with a sitting area, three large walk-in closets, and a spa-like bathroom that includes a steam room, jacuzzi bath, multi-jet shower system and two toilets.

Outside, kids can play in a park accessed via a private gate and the whole family can look forward to cooling off in the backyard pool or enjoying Texas barbecue under shaded seating.

Since his retirement in 2005, Smith hasn't left the spotlight. He won season 3 Dancing with the Stars in 2006, competing alongside pro Cheryl Burke, and returned for an appearance as a Season 15 All Star.

He also now serves as president and CEO of Emmitt Smith Enterprises, an umbrella that includes his real estate solutions and services provider E Smith Advisors.

In a recent interview with PEOPLE, Smith said he "started the process" of building a post-football career "from day one."

"I was extremely frugal with everything," he recounts. "I was eager to learn and ask questions in my rookie year. I had friends that had businesses already, and so I was asking questions about businesses. I was looking into franchise ownerships."

He began investing in real estate and franchises, so that "once I approached retirement, I made it. It was very clear what I wanted to do and what I was passionate about and how I could best leverage myself. And that was one of the ways I did it." 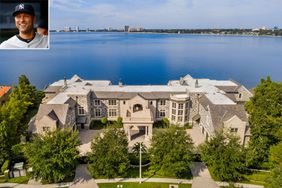 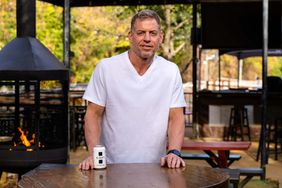 Dallas Cowboys Legend Troy Aikman Launches a Low-Calorie Beer: 'It Took Some Time to Just Get It Right'