The rapper, 28, has already picked up a new bachelor pad in Calabasas

Logic is saying goodbye to the home he shared with his ex.

The rapper has listed his Tarzana, California, property for $2.199 million, according to Variety. The decision to sell follows news the 28-year-old split from his wife of two years, Jessica Andrea. The couple has since made it official, filing for divorce in April.

Prince's Private Island Estate Being Sold at Auction Has One Big Purple Feature: See the Photos

The small compound, located just outside Los Angeles in the San Fernando Valley town, is in a private, gated community. The approximately 6,000 square feet of living space holds 5 bedrooms, 5 baths, and an open plan living room, dining room and kitchen with vaulted ceilings.

The suburban plot also features a pool, four-car garage and a two-bedroom guest house with a home recording studio.

Variety notes he doesn't stand to make much of a profit on the sale, as he appears to have purchased the home for $1.9 million two years ago.

Since his separation, the Maryland native, born Robert Bryson Hall II, has reportedly already picked up a new home in Calabasas for just under $3.6 million, the same outlet reports.

The former couple released a lengthy statement on social media about the end of their relationship.

"After two years of marriage, we have come to the loving conclusion that we are much better as friends. As entertainers, we have made every aspect of our lives public, yet we would appreciate your respect and privacy on this issue," the duo wrote in a joint statement.

They also clapped back at rumors of cheating in their relationship, writing, "It's very simple: it just didn't work out. There is no anger involved. No fighting, no cheating, no nothing. We love each other and will continue to support each other for the rest of our lives."

Logic was nominated for two Grammys in 2018 for his song "1-800-273-8255," which refers to the phone number for the US National Suicide Prevention Lifeline, with Alessia Cara and Khalid. 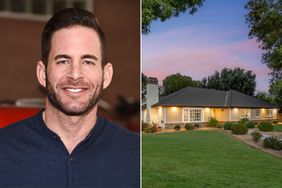 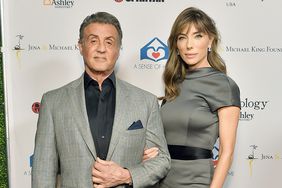