"The apartment just literally melted, like in Wicked or something," the TV host tells PEOPLE exclusively of the storm's impact on her home

Rachael Ray recently lost her longtime home to a fire, but just as she was recovering, another disaster struck.

The TV chef, 53, has revealed to PEOPLE that her New York City apartment, which she shares with husband John Cusimano, 54, flooded earlier this month amid the storms caused by Hurricane Ida. The flooding came just a year after her primary home, in Lake Luzerne, NY, burned down in a devastating fire.

"We had finally just finished the work on making the [NYC] apartment over. And then, Ida took it out. And I mean, out. Down hard," says Ray, who is one of PEOPLE's 50 Food Faves in this week's issue, on newsstands Friday.

"Like, literally every speaker in the ceiling, the fireplace, every seam in the wall... It was like the apartment just literally melted, like in Wicked or something," she explains.

Because the storm caused so much chaos across the Tri-State area, Ray explains that she and John had to wait a week before a remediation team could come in and assess the damage from the flooding. Then, she says, things took a turn for the worse, again.

"[The remediation team] comes in. They put up their fans and their humidifiers. And then, they make a hole in the wall and break the main water pipe and flood the entire building down to the first floor, from our apartment on the sixth floor," explains Ray, whose upcoming memoir-meets-cookbook This Must Be the Place, chronicles the ups and downs she had during the first year of the pandemic. "The people that we were waiting for, the cavalry, burst this pipe and made everything worse."

"Tell me you would not feel like a kicked can," she adds.

Despite the setbacks, Ray admits that she and Cusimano "have so much to be grateful for," especially during a time of hardship for so many.

For example, when their Upstate home burned down, they were able to move into their guest house next door, where Ray was able to continue filming her show. They also recently had the chance to visit the stunning villa they purchased a few years ago in Tuscany, Italy, which Ray has called "my life's goal." They had been unable to visit the as a vacation home, which they bought when it was little more than a ruin, due to COVID closing the borders and their passports burning in the house fire.

RELATED VIDEO: Rachael Ray Is 'Focusing on Gratitude' After House Fire — According to Rachael Ray in Season's Editor in Chief

"At the end of the day, we always come back to grateful. John and I talk about it a lot," she adds. "We really talk ourselves right through it at the end or the beginning of every day. Some days are different than others. But we try and just say, 'Okay. Here's the new plan. Here's today's version of the plan. Look at how much we have to be grateful for.'"

For more on Rachael Ray, pick up the latest issue of PEOPLE — on newsstands Friday. 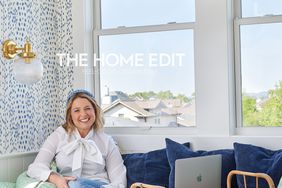 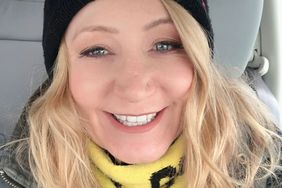 Woman Whose Home Was Destroyed After Anne Heche's Car Crash Thanks Supporters amid 'Insane, Traumatic Time' 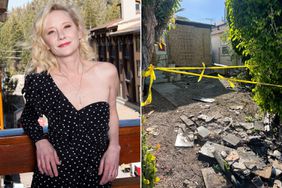 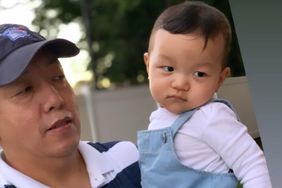 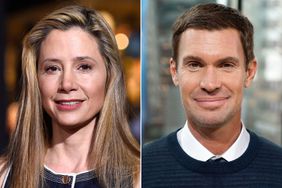 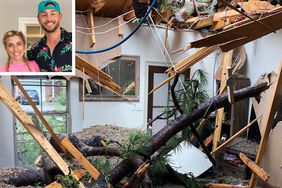