Drew and Jonathan Scott are back Wednesday night with the latest installment of their hit HGTV series, Brother vs. Brother — and it might just be their most intense season yet.

"I know we've said this to you before, but this is a good season," Jonathan tells PEOPLE of season 7 of the real estate competition series, in which the twin brothers go head-to-head renovating houses, with each season taking place in a different neighborhood. "Not only are these the biggest residential renovations we've ever done, but there's a lot more on the line."

This season, the location is L.A.'s historic Hancock Park, and the Scotts, both 42, are given a tight timeline to find, buy, renovate and sell their properties in the SoCal real estate market, which may prove tougher than the glitzy Hollywood location would imply.

"You know, in L.A., renovation costs are quite a bit higher," Drew explains. "Every dollar counts, and at the end of the day, we have to sell these houses. That's how we determine who the winner is. It's not even just a matter of making sure you sell for the most money — it's making sure that you save as much as you possibly can and find that balance."

Each year, the outcome is just as unpredictable for the brothers as it is for viewers, Jonathan (who is dating actress Zooey Deschanel) has said: "We have no control over who wins… the buyers decide."

Promising stunning before-and-afters, the brothers say viewers will want to tune in just for the "incredible houses," but they'll keep coming back for the brotherly competition. Drew, who currently lives in L.A. with his wife Linda Phan, is looking to put his knowledge of the area to good use and pull a win this time around, while Jonathan is sure he can pick up his second consecutive victory.

"Drew has this, like, air of arrogance about it being his own neighborhood, like he's got the inside info and he knows what people want," Jonathan says, laughing. "But that has nothing to do with anything! I'm the reigning champion. So it'll make a win that much sweeter if I can pull it off in his own backyard."

"I wouldn't say it's arrogance, I would say it's just some confidence," Drew counters back. "I know the area, and it's time for Jonathan to go down."

Brother vs. Brother — which also stars Drew and Jonathan's older brother J.D. Scott — has seen more than a few memorable pranks since its 2013 premiere, and the twins say fans can surely expect more of the same fun.

Tune in to find out what goes down this year, like a high-thrills stuntman experience for the winner and an embarrassing blooper reel on Entertainment Tonight for the loser! 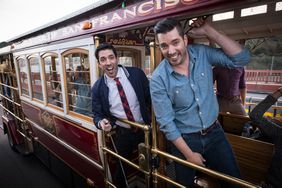 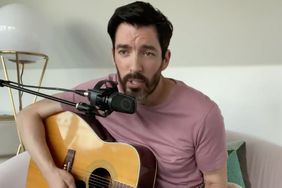 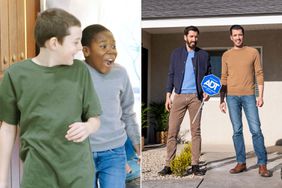