The Playboy Mansion: What Happens To The Famed Party Palace And Hugh Hefner's Beloved Home Now?

Since Hugh Hefner’s death on Wednesday at the age of 91, many have wondered about the future of his iconic home, the Playboy Mansion.

The storied Holmby Hills mansion was sold in 2016 for $100 million to co-owner of Hostess Brands Daren Metropoulos.

Metropoulos bought the home next door to Hefner in 2009, and announced his plans to renovate the homes and connect them to form an expansive 7.3-acre compound, Curbed LA reports.

The sale had stipulations that allowed Hefner to remain living in the mansion until his death.

A source tells PEOPLE that Hefner’s widow, Crystal, continues to live in the Playboy Mansion, and that there is no timeline as to when she will move out.

Once she does, it will mean Metropoulos can move forward with his renovation. How the businessman will connect the two properties is yet to be seen but joining the two pieces of land will create an enormous estate.

No doubt many are hoping the Playboy Mansion’s structure will not be changed too much as it served as both a safe haven and also a place for freedom of expression and some debaucherous evenings.

On Thursday, former Playmate Courtney Culkin told reporters the mansion “was a safe haven for all those women, they felt respected and treated professionally.”

“He was always such a gentleman and so professional — never inappropriate,” Culkin said, adding that she lived in the mansion during college. “It was great. It was so quiet because it’s only chaotic when there’s parties and stuff like that.”

Carmen Electra, 45, told PEOPLE after Hefner’s death that the mansion was like “Disneyland — but an adult Disneyland.”

“I sang and danced and did the strip tease number and hosted events there,” she recalls. “He was always there, and every time we would see each other it was like we really knew each other. He was always super sweet and would give you a big hug and a kiss.”

The late trailblazer bought the mansion in 1971 for $1.1 million, and quickly covered the walls with all of Playboy‘s most iconic covers: “Marilyn Monroe’s, Anna Nicole Smith’s — it was this whole fantasy world,” Electra said.

And the parties themselves were packed with Playmates, bunnies and celebrities.

“I’ve never seen so many beautiful women in my life,” she said. “You would always see a bunch celebrity guys there, and they’re hanging out because they knew that was the place to go to meet these gorgeous women. Everyone would be dancing and it was always fun.” 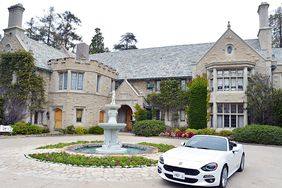 The Playboy Mansion Has Finally Sold for $100 Million 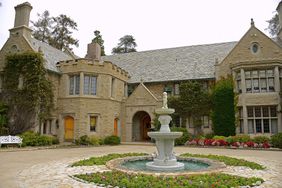 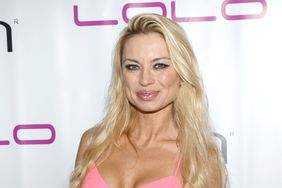