Nate Berkus and Jeremiah Brent have lived in five houses in the last 18 months.

When it was reported earlier this month that the interior designer couple (and cutest dads of all time) were selling a Los Angeles property, real estate watchers assumed it was another personal home the family of three was moving on from. But today on Rachel Ray, the couple will reveal that they never actually moved into that particular home — a Spanish-style beauty in Hollywood. Instead, the property was a cure for the stars’ serious renovation addiction.

“We’re not getting into the flipping business per se, because we spend a lot of time and effort on any home that we touch,” Berkus explains to PEOPLE. “We realized that our daughter, [Poppy], is 18 months old and we’ve been in five homes since she was born.” Buying a home as a project that “wouldn’t disrupt our daily lives,” he says, was a fix for the serial movers. On Friday, Berkus and Brent are sharing the fruits of their labor with Ray. (See an exclusive clip from the episode above.)

“It was exciting because it’s a beautiful 1920s house with all of these original architectural details but it didn’t seem overwhelming,” says Berkus. “And it’s a white, bright, happy house that we could picture a family living in.” But unlike a typical flip, the couple didn’t modernize every element to meet the requests of every potential buyer. Instead, choosing to retain the integrity of the architecture and the homes, ahem, colorful history. “In the house that we worked on, there’s an incredible Art Deco bathroom. It’s yellow and black but the tile is all hand glazed,” explains Berkus. “Would I pick a yellow and black bathroom? No. But we’re not coming in with a bulldozer just because it’s not our color palette. Sometimes you have to update areas and not everything just because it’s old. Old can be beautiful.” 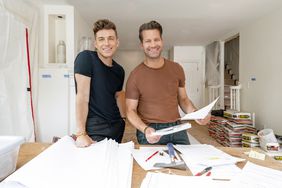 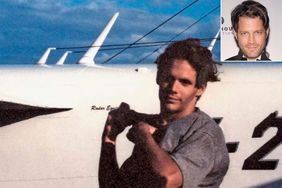 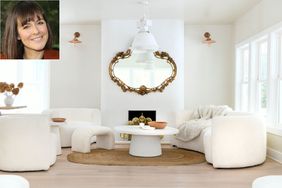 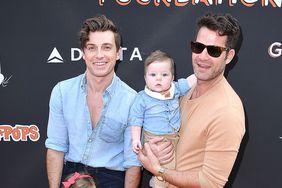 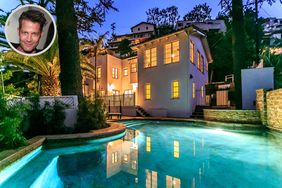