Million Dollar Listing Los Angeles’s Tracy Tutor didn’t hold back earlier this month when discussing rival reality show Selling Sunset — but the star stands by what she said about the cast.

When chatting about the launch of her new book, Fear Is Just a Four-Letter Word, the real estate pro told PEOPLE, “I don't take back anything ever, but I will say now — and I'll say it over and over again — Oppenheim Group is a very successful team, and the girls, I wish them all the success in the world.”

On July 7, Tutor appeared on an episode of Andy Cohen’s Watch What Happens Live alongside four of her MDLLA co-stars — Josh Altman, Josh Flagg, James Harris and David Parnes — and created some buzz after throwing shade at the cast of Netflix’s Selling Sunset, which aired its second season on May 22.

Created by The Hills developer Adam DiVello, the new show follows the professional and personal lives of the glamorous agents from West Hollywood real estate firm The Oppenheim Group.

During the Watch What Happens Live episode, the stars of MDLLA — which first premiered in 2006 and is currently in its 12th season — all agreed that Selling Sunset was lacking in the real estate credentials department, relying instead on the interpersonal drama between its castmembers, including HGTV star Tarek El Moussa's girlfriend Heather Rae Young.

"I'll say this," began Tutor at the time, "I have mad respect for women in real estate in Los Angeles, and I just think [Selling Sunset] is not about selling real estate — I think it's about dating bachelors in the Hollywood Hills and it really actually should be a Bravo show." She went on to say that she's never encountered the Selling Sunset realtors at any listings or open houses, implying they might not do quite as much actual buying and selling as the MDLLA cast.

"But, that being said, you know, if you want to sell real estate, maybe kind of come on over to our show and figure out how that works," she continued.

Speaking on what distinguishes the two shows, she went on to say, "To me, it's like a totally different animal. And I will get crushed for this, so I have to walk a very fine line ... I will say this: the boys [firm founders Brett and Jason Oppenheim] who appear on the show are great. They're super successful and rightfully so."

Though she does not regret her past comments, Tutor does want to make clear that there’s more than enough room for more women in the real estate industry and wishes only the best for her competitors out there hustling.

She also praised the Selling Sunset cast, saying, “I know it's doing really well, so congrats to them for a successful TV show.”

The real estate pro's first book, Fear Is Just a Four-Letter Word, which debuted on July 14 and is currently number one on Amazon’s ‘New Releases in Women & Business’ list, focuses on the challenges of being a woman in the male-dominated real estate industry, and aims to teach young women how to excel in the business.

“The first 14 years of my career were completely dominated by men being in my office, and I was tired of it,” the mother of two told PEOPLE exclusively, explaining that she left several companies before finding one that she felt finally showed her respect: Douglas Elliman Real Estate, which is headed by female CEO Dottie Herman.

“I was motivated to write this book and speak to women about being young entrepreneurs and women in real estate because I didn't always know how to handle that. I used to be just so defeated,” Tutor explained. “I felt like it was so crucial for me to teach them about what it's like to be fearless and be able to walk into a room and own it, because that's what's going to separate you from the rest … I wanted to give that back because it took me 20 years to figure out.”

And she doesn't hold anything back. Tutor shares personal stories of lessons she has learned and shares tips on how to deal with things like big personalities and immature behavior, and even how to use humor to your advantage.

Fear Is Just a Four-Letter Word is available now at major book retailers. 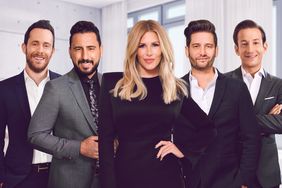 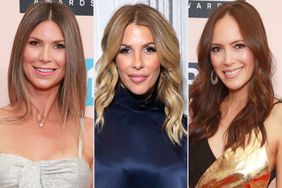 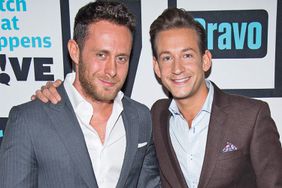 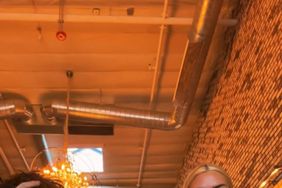 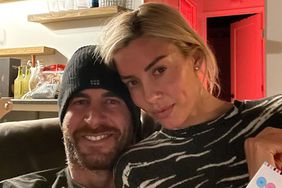