Eden Rock, located on the island of St. Barts, was in the direct path of the storm

The world-famous hotel located on the Caribbean island of St. Barts has welcomed loyal celebrity guests including Tom Hanks and Jennifer Lopez over the years. Photos taken in the storm’s aftermath show its beachfront buildings submerged in water, while the main buildings, which are built into a rocky cliff, appear intact above the flood line.

The Matthews family endured another hurricane just after they bought the property in 1995 and relocated there with their four children, including Pippa’s husband, James, and reality star, Spencer. A few days after moving in, Hurricane Luis crossed the island, forcing the family to hide under the kitchen’s concrete sinks.

The historic property was built around 1950 by the eccentric aviator Remy de Haenen, who used it as a private hideaway for friends like Greta Garbo and Howard Hughes. Since the Matthews opened their hotel, it has been one of the island’s most sought after accommodations. It’s premier booking, the 3-story “Villa Rockstar,” features two private pools and a recording studio that holds the console John Lennon used to record “Imagine.”

The island of St. Barts, a French territory, was in the direct path of the hurricane. France’s President Emmanuel Macron said Wednesday that it was too early to say how badly the island and and neighboring St. Martin had been damaged or how many casualties there were, according to the New York Times.

The storm has devastated several northern Caribbean islands, including Barbuda, where 90% of built structures were destroyed, Puerto Rico, where 1 million people are without power, and the British Virgin Islands, where businessman Richard Branson and his staff chose to ride out the storm on his private island. His son has since reported on social media that everyone there is safe.

Irma — one of the strongest storms ever recorded on the Atlantic — has killed at least 10 people in St. Martin, St. Barts, Barbuda and Anguilla. It’s expected to make landfall in Florida this weekend. 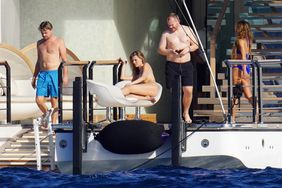 Leonardo DiCaprio Seen Living It Up with Friends on a Yacht in St. Bart's During New Year's Vacation 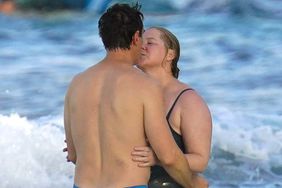