Kristen Bell may be having a bit of trouble with the decorating decisions at her own home (see her Instagram feud over husband Dax Shepard’s La-Z-Boy) but she’s a space savior at sister Sara’s house.

The actress’s older sibling and her family, which includes husband, Tom, and the couple’s four children, were basically “busting out the windows” of their three-bedroom, one-bathroom house, according to Bell, 36. So she took it upon herself to team up with online home design and renovation resource Houzz to surprise Sara with a spectacular makeover of her underutilized basement.

“She’s honestly superwoman,” Bell says in a clip (above) from the website’s video series, My Houzz, which is produced by Ashton Kutcher, who designed a space for his mom in the first My Houzz makeover. “I have been wanting to do something like this for my sister for a very long time.”

Before and After: Parenthood Star Monica Potter’s Childhood Home Makeover

Because Bell lives in Los Angeles and her sister in Detroit, the Frozen star relied on designer Melissa Kennedy from Meadowlark Design + Build and her brother-in-law to help incorporate Bell’s vision— which included a convertible games table for her nephews, space for Tom and Sara to kick back and watch TV, and a bedroom for her 11-year-old niece, Lucy, to call her own.

“I specifically chose the basement because it’s a lot of wasted space and for some reason the kids don’t want to go down there,” she says.

Melissa McCarthy, Lance Bass and More Celebs Who Are Just as Obsessed with HomeGoods as the Rest of Us

But with a little design savvy and a few sledgehammers, Bell’s crew was able to transform Sara’s outdated and unfinished basement into a multipurpose zone that makes smart use of every square inch of space — and the final reaction from Bell’s sister made all the weeks of effort worthwhile.

“There isn’t one thing I said I would change,” Sara says. “Nothing.”

For the full details of Bell’s sweet surprise, watch the full episode of My Houzz here. 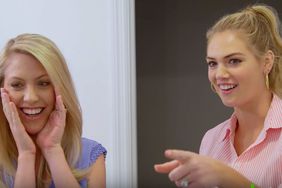 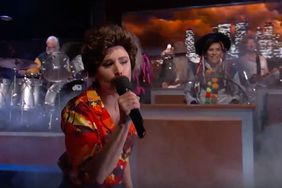