Kim Kardashian West has taken a page out of the HGTV handbook!

The Keeping Up with the Kardashians star and her husband Kanye West recently decided to part ways with their Bel-Air mansion, which they bought in 2013 and extensively remodeled. Although Million Dollar Listing Los Angeles' Josh Altman was entrusted to find a buyer for the estate, Kardashian still had a pretty big part to play in the success of the $17.8 million sale.

"When the new buyer came to see our home, I wanted to be the one to give her a personal tour," she wrote in a new post on her app. "Kanye and I were the designers of the house and we were so involved in every single detail."

Besides her famous guide, the lucky new owner — entrepreneur and philanthropist Marina Acton — can expect plenty of A-list touches, as Kardashian and West transformed it from a Mediterranean palace into a "more modern" escape boasting "clean, sleek lines."

"The interior design was all about neutral tones and minimal furniture," Kardashian said. "We also repositioned the pool and added a glam room with its own separate entrance."

Jennifer Lopez Reveals Why She Picked Her Bel Air Mansion: 'This Is Where I Want My Kids to Grow Up'

The palatial pad also includes two spas and its own vineyard that's situated on the lot's 3.5 acres, all which appeal to Acton's aesthetic. "She loved this house and the energy," Altman exclusively told PEOPLE.

While Kardashian and West — who has previously admitted he wants to design a line for IKEA — decided to cut ties with the abode for the sake of their growing family, there's still a promising future ahead for their renovated retreat.

"We worked so hard on redoing it," Kardshaian said. "Kanye and I were so proud of what we created." 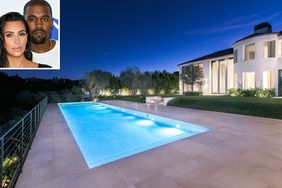 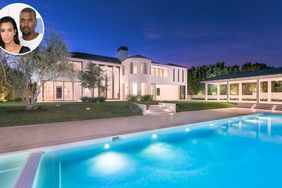