For his most recent vacation, the TV star went totally off-the-grid.

When Justin Hartley travels, he frequently gets recognized as Kevin Pearson from This Is Us. So for his most recent vacation, the TV star went for a destination where no one would stop him for an autograph.

“I like the idea of going somewhere where maybe they haven’t heard of This is Us,” Hartley tells PEOPLE. ” You can kind of have anonymity and move around people like a regular person.”

Hartley escaped to St. Elias National Park in Wrangell, Alaska, with his wife of one year, Chrishell, and he’s the first to admit it was way out of his comfort zone. In a video he made in partnership with Columbia Sportswear, the couple can be seen camping for the first time, flying in a sea plane, having a “date night” atop a glacier, and experiencing a run-in with a grizzly bear.

“You’re in the middle of nowhere, really,” Chrishell says in the video. “You can only access it by plane. You cannot even drive here. It’s very, very remote.”

“As soon as we got here, they showed us where the outhouse was,” Chrishell adds. “So I was like… well, we’ve started.”

Justin tells PEOPLE that ahead of this getaway, while he and his wife loved to travel to new cities and immerse themselves in the culture, they weren’t really all that adventurous—always opting to book hotels in some of their favorite destinations like Maui, New York City or Paris.

“I’d never been to a place where you’re literally off the grid,” Justin says. “If you forget to pack something, it’s not like you’re like, ‘Oh, I’ll get one when I get there, I guess.’ This place is so remote and so off the grid that you’re just kind of stuck if you forgot something.”

While there were showers in their cabin, the water was heated by a wood-burning fire, and you had to pump your own water first into a cooler and then from the cooler into a pump with your foot. (“You’re kind of working while you’re showering,” Justin says.) There was also a “lights out” policy, so the power cut off at a certain time each night, and the cabin had no wi-fi or cell phone service.

WATCH THIS: Justin Hartley and Chrishell Stause Open Up About Their First Date – ‘I Knew Right Away,’ the Star Says

He adds, “I think it reminds you of the important things in the world, which are often times not Twitter or Instagram and email. A lot of times it’s face-to-face contact and handshakes and hugs and things like that. It sounds a little sentimental, but I think it’s true.”

Justin and Chrishell spent a lot of time together without technology on their trip. For two “kindred spirits” who had never been on a snow-capped hike, pitched a tent or worn a big backpack, the entire trip meant pushing their boundaries.

All the Real-Life Locations Where This Is UsWas Filmed, Mapped Out

At one point in the video, Chrishell jokes with Justin, saying, “If I fall into a glacier, I love you” before sharing a smooch in the snow.

“In every single way it pushed us,” Justin tells PEOPLE. “But it was well worth it and I would do it again. We’re very lucky that we get to travel a lot, go to different places and experience amazing things together. When I was in that situation with Chrishell, there’s a lot of trust involved. You’re not only gonna push your limits physically, but also how much can we tolerate each other. There’s no, ‘man I’m getting on your nerves, why don’t you go stare at Instagram for a couple days.’ You can bring a book, but that’s about it. You’re kind of stuck with each other, and we’re lucky that it worked out.” 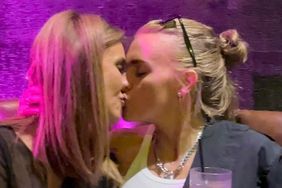 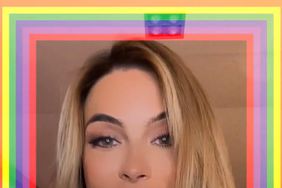 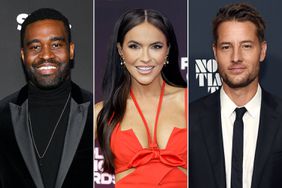