Property Brothers' Jonathan Scott shares stories about his fans, fame and if he would ever consider going solo

When Property Brothers’ Drew and Jonathan Scott get stopped on the street, it’s almost always by a guy yelling the same thing: “My mom loves your show!”

Though super popular with the mom set, the HGTV stars have avid supporters of all ages, with many approaching the 38-year-old twins. They get approached by fans who want advice on their home renovations and often, inexplicably, have their blueprints on hand. “If I go to Lowe’s, people will follow me up and down the aisle with kitchen plans and samples,” Jonathan tells PEOPLE.

But the Scotts are grateful to their loyal base, often showing off the talents that their supporters share with the brothers.

“We have incredibly talented fans,” Jonathan says. “Anytime we receive fan art or especially if they post it online and tag us, we usually share that with everybody else.”

Average DIY-ers aren’t the only group to admit their obsession with the design duo.

“I would say at least once a week I get approached by a pro athlete or a celebrity or someone who wants some work done,” Jonathan says, name dropping Steph Curry as an avid fan. “It’s interesting to see the eclectic mix of people who just want to be inspired.”

Property Brothers’ Jonathan Scott Admits His Bedroom Is a Very Popular Place: ‘Everybody Wants to Try My Bed for at Least One Night’

Between their side hustles — like their newly released cover of Flo Rida’s “My House” — and busy personal lives, the two are definitely branching out from their original claim to fame. And the success seems to be going to Jonathan’s head.

“I feel like there’s an opportunity for a show called Property Brother,” he jokes. “No, I think, our brand is definitely stronger together. When he sits on your head in the womb for 9 months, you’re connected.”

For more of Jonathan’s most memorable Property Brothers moments — and, more importantly, to hear how much plaid he has in his closet — watch the full video above. 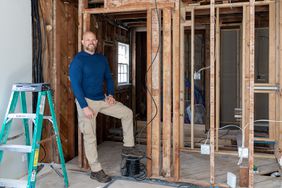 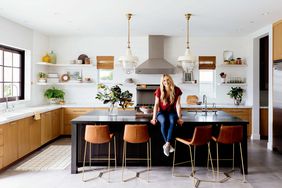