On Nov. 13, Kuznetsov, 30, shared on Instagram that she’s found love again and is saying “#yesyesyes” to photographer, filmmaker and conservationist Will Allen.

“Thank you for your friendship for six years, my love. I am grateful we figured it all out. And thank you for asking me to be your bff forever,” she wrote alongside a gallery of photos of the pair. She also added a diamond ring emoji. While Kuznetsov, 30, is not wearing a ring on that finger in the photo, she does appear to be showing off a silver bracelet.

Here are five things to know about her new fiancé.

1. He and Kuznetsov Have Been Friends For Years

While Scott and Kuznetsov seem to have amicably parted ways in April, her friendship with Allen began well before her relationship with Scott. “We went to the spot we met six years ago and at midnight, put a quote onto the sidewalk to remind people to love each other more,” Kuznetsov told Us Weekly. Then, Allen got down on one knee. As for how Scott feels about his ex moving on so quickly? He told the outlet, “I wish Jacinta the very best, always.”

The couple are currently co-parenting Jacinta’s pup, Mako, according to her Instagram. “My sweet boy has graduated our homemade school program!” she writes. “He has officially learned ‘go find mommy, go find daddy’ and staying right outside the door line to the den. We put dark squared tiled carpet in there so an angel white pup leaves 10 mini devil white pups behind every time he lays down. No bueno. Yay @makothesiberianhusky you make us so proud.”

3. He Loves to Be Underwater

Allen is a longtime deep-sea diver and has a passion for sharks, according to the Montreal Gazette. “Sharks are misunderstood,” he told the outlet. Kuznetsov has even accompanied Allen on one of his diving trips. She shared an underwater photo from their expedition in her engagement announcement on Instagram.

4. He Makes Movies About his Passion

Allen has shot two nature documentaries, entitled Sharkwater and Sharkwater Exctinction. He made the films with his friend biologist Rob Stewart, who died due to a breathing-equipment malfunction on a diving expedition before the film was completed, the Montreal Gazette reported. The sequel, which debuted in Canada—Allen’s home country—pays homage to Stewart.

According to the Gazette, Allen co-owns two traditional restaurants in the Canadian city. One is called Burgundy Lion and serves British pub fare. It offers “the largest whiskey collection in the province” of Quebec and has a public and private tasting program. The second, Bishop and Bagg, is inspired by “country pub fare” and focuses on a global gin collection, with offerings from South Africa to Australia.

Scott and Kuznetsov, who was a development producer at the HGTV star and his twin Drew’s production company, Scott Brothers Entertainment, dated for about two years before they announced their split, each posting a heartfelt message on Instagram.

“When I met Jacinta in the fall of 2015, I met somebody kind and courageous and a champion for human/animal rights,” Jonathan, 40, wrote. “We grew to respect each other fiercely and know that will remain unchanged for the rest of our lives.”

“Sometimes life takes you on unexpected paths and those paths aren’t always in the same direction,” he continuted. “There’s no drama or negativity; no jealousy or hate. Not even sadness or sorrow. Our memories are filled with joy and we will continue to advocate for each other as friends wherever we go.”

In a since-deleted post of her own Kuznetsov wrote, “An abundance of love for J has been a beautiful and rewarding time of my life. However, life is funny and sometimes chapters change and this one has. We have deep love and respect for one another but have gone separate ways.” 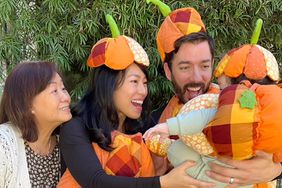 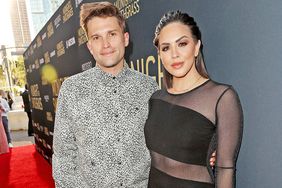 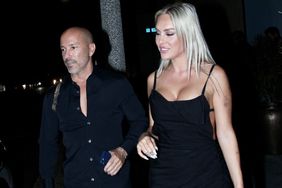