The HGTV star has a message for fans: "don't believe everything you read."

Joanna Gaines has an important message for her fans: “Don’t believe everything you read.”

In a note posted on her blog At Home, Gaines responded to a recent rumor that she’s leaving her hit HGTV show, Fixer Upper, to get into the cosmetics industry.

“So many things are happening right now and it feels like we are moving at the speed of light,” she writes. “At times, it’s even hard to keep our own parents in the loop. It’s true. At this point in our career we can honestly say, we’ve heard it all—from reports of us moving our family to Vegas to us having more or less children than we actually have. So remember, you can’t believe everything you read.”

The allegation that Gaines is leaving the hugely popular show she’s hosted with husband Chip since 2013 to promote a beauty line appears to have originated with an article popping up in Facebook news feeds with the headline, “HGTV Nightmare: Joanna Gaines Leaves Show to Start a Cosmetic Line,” WCPO Cincinnatti reports.

The story, which claims to be from Cosmopolitan magazine, states that the fan-favorite star has tired of Fixer Upper, has “been showing up late to the construction sites,” and has decided instead to pursue a second career in the beauty industry, promoting a product called Derma Folia Renewal Anti-Aging Serum. A rep for Gaines confirms to PEOPLE this is untrue.

Fans of the show were understandably upset by the story, but Gaines is quick to put them at ease. “No! I am not getting into the business of facial creams,” she writes, adding, “And no worries, believing some of these stories happens to the best of us.”

Gaines also clears the air about a few other rumors plaguing her and husband, Chip: “And just in case you were wondering, YES! We are currently filming season 5 of the show. And No! We are not expecting baby #5.” 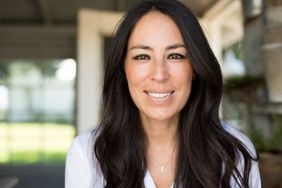 Chip Gaines Tweets Bible Verse Amid News of $1 Million Lawsuit Filed Against Him: 'The Light Shines in the Darkness' 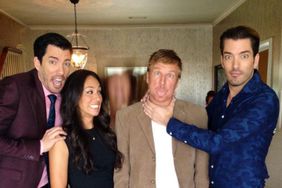 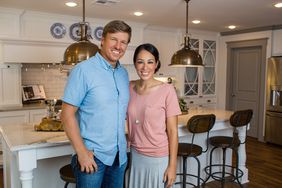 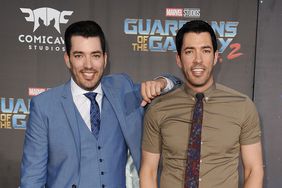