Matthew Perry Sells L.A. Penthouse (That Comes with a Bat Cave!) for $21.6M — See Inside

After nearly two years on the market, Matthew Perry has sold his luxurious Los Angeles penthouse.

The Friends star's sprawling West Century Drive apartment first hit the market in August 2019, listed with Greg Holcomb and Cassandra Petersen of Compass for a cool $35 million. In July 2020, the realtors dropped the price to $27 million, slashing the price by $8 million. Now, property records show the penthouse has sold for $21.6 million — $13.4 million less than the original asking price.

Described in the listing as a "mansion in the sky," the nearly 9,300-square-foot home has four bedrooms, eight bathrooms and four terraces boasting city views. At the time it was first listed, the property was the most expensive condo for sale in L.A., according to Page Six.

Perry, 51, purchased the apartment — which occupies the entire 40th floor of the star-studded Century Building — in 2017 for $20 million, according to property records.

He hired architect Scott Joyce and interior designer L.M. Pagano to transform the interior according to his tastes, adding a bold color palette, moody velvet accents, a plush screening room and even a "Bat Cave," displaying an impressive collection of memorabilia inspired by Perry's favorite superhero.

The main suite is remarkable not only for its massive closets, dual baths and fireplace, but also for the expansive view that lies behind the remote-controlled curtains. The bedroom, along with the four massive terraces, provide 360-degree views across the city to the Pacific Ocean, with classic L.A. landmarks dotting the skyline.

According to the listing, the private building offers a variety of lavish amenities, including a swimming pool with cabanas, a gym and fitness studio, a movie theater, private wine storage and more.

Perry's decision to sell the condo came as a result of his spending more time in New York City and Malibu, the Los Angeles Times reported when it was first listed.

In January 2021, the actor said goodbye to another one of his properties: his Malibu beach house, which he sold for $13.1 million. The four-bedroom, three-and-a-half bathroom home was first placed on the market in August 2020 for $14.95 million, listed with Million Dollar Listing star Josh Flagg and his husband Bobby Boyd, both of Rodeo Realty.

Earlier this month, PEOPLE exclusively reported that Perry had called off his engagement to his now ex-fiancée, literary manager Molly Hurwitz, 29. Perry and Hurwitz began dating in 2018 and got engaged in November 2020.

"Sometimes things just don't work out and this is one of them," the actor, who recently appeared in the long-awaited Friends reunion on HBO Max, said in a statement. "I wish Molly the best." 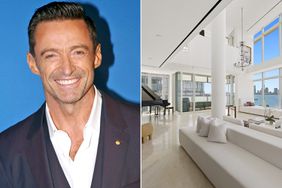 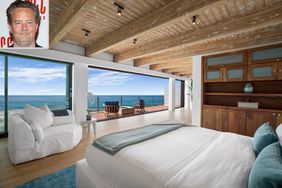