Michael Kors’s Manhattan apartment is a “tug-of-war” of design styles.

“We wanted a casual formality,” the fashion designer, former Project Runway judge, and longtime New Yorker tells Architectural Digest in this month’s cover story. Without the careful balance of “practicality and indulgence, comfort and rigor,” he says, “I’m bored.”

The apartment is located in the charming and historic Greenwich Village neighborhood, but its penthouse location offers he and husband Lance LePere, who is creative director of Kors’s women’s collection, spectacular views across lower Manhattan. “It’s a real indulgence,” Kors says. “Space and light are the greatest luxuries in New York.”

Privacy is another rare find in the city. Kors went to extremes to ensure his and LaPere’s glass-walled master bathroom was safe from prying eyes. He tells AD he sent a friend who lived in a neighboring building to stand on her roof with a pair of binoculars to make sure no one could see in.

WATCH THIS: Betsey Johnson Gives PEOPLE a Tour of Her Over-The-Top Backyard

The iconic designer has lived within five blocks of his current location for most of his four decades in the Big Apple, since he moved from Long Island to attend FIT. And his personal history in the city is documented throughout his home.

Fashion photographs line the walls and one small room pays tribute to an early hangout. “I went to Studio 54 instead of my prom,” he says, giving a tour of a tiny powder room decorated with photos of the famous night club. “It’s the New York I moved to.”

Now, he says, he values a more low-key lifestyle. “I can appreciate walking into a room that’s magnificent and formal…but at the end of the day, both Lance and myself are too relaxed and too American to actually live that way. If I could live my life barefoot, I would be in heaven.”

To read the full feature and see more photos pick up the September issue of Architectural Digest, or visit archdigest.com. 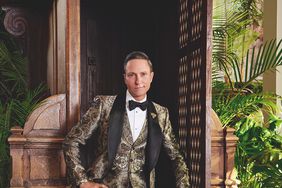 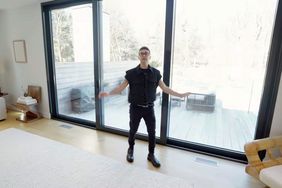 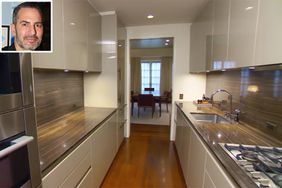 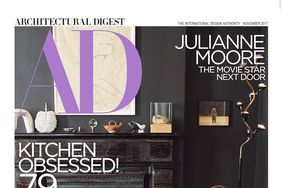 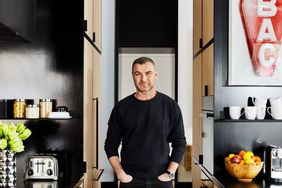 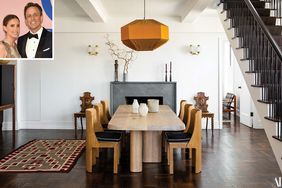