This type of storm will cause "extensive damage," according to the National Hurricane Center.

UPDATE: As of Thursday morning at 8:00 a.m., Hurricane Florence registered at a category 2 with 110 mph sustained winds, and was located about 220 miles southeast of Myrtle Beach, S.C.

Hurricane Florence is heading toward the Carolinas ready to bombard the coast with high winds, storm surges, rain and potential flooding.

The National Weather Service in Wilmington warned the storm could likely stall in the area before turning south and said that it “will likely be the storm of a lifetime for portions of the Carolina coast.”

“What makes Hurricane Florence so scary is the potential for a slow-moving, multi-day storm along the U.S. Southeast coast,” Dr. Erika Navarro, a meteorologist for the Weather Channel tells PEOPLE. “Because this storm may gradually move on-shore, and stall over land after a potential landfall, this could compound the effects of a catastrophic storm surge and high surf at the coastline, as well as lead to life-threatening inland freshwater flooding hundreds of miles away from the landfall location.”

Navarro says Hurricane Florence is similar to other major hurricanes, such as Ophelia which made landfall in 2005 at a tropical depression status, but had gotten up to category 3 off the coast. That storm “also lingered off the East Coast of the U.S. and exhibited a slow-moving forward speed. Ophelia brought several inches of rain to portions of North Carolina, with a maximum of 17.5” in Oak Island.”

She also sees comparisons between Florence and Hurricane Harvey, which devastated the Texas coast when it made landfall at a category 4 in 2017, leaving nearly 30,000 people in need of temporary shelter and causing $75 billion in damage. “Florence is also similar to Hurricane Harvey in its potential to stall along the coast and bring several days of rain,” Navarro adds. “Areas along the track of Florence could see several inches, if not feet, of rain in the coming days.”

Meteorologists rely on the Saffir-Simpson scale to measure the potential impact of a hurricane based on sustained wind strength, according to Navarro. While this scale does not measure other effects of the storm, such as tornadoes or rain-induced floods, it can help people prepare for the estimated damage. At a category 4, Hurricane Florence would be the second-worst level of hurricane on the scale, but what does that actually mean?

According to the National Hurricane Center (NHC), storms in this category have sustained winds of 74 to 95 mph and could produce some damage to home exteriors, such as roofs, gutters, shingles and vinyl siding to “well-constructed frame houses.” Some trees may fall over, large branches could snap, and power lines could be damaged, which will cause power outages from hours to days.

The NHC notes that this level of storm, with sustained winds from 96 to 110 mph, “will cause extensive damage.” Well-constructed houses could see major roof damage, trees could snap or be uprooted, and complete power outages could last for “several weeks.”

This is the first level of hurricane that is classified as “major” by the NHC with 111 to 129 mph winds. A Category 3 storm is expected to cause “devastating damage,” potentially removing roofs and exterior surfaces from homes such as decks and patios. Trees will often snap or become uprooted and block roads, while there’s potential for electricity and water to be unavailable for weeks.

WATCH THIS: Bethenny Frankel On Helping Hurricane Victims One Year After Devastation: ‘It’s Changed My Life’

This type of “major” storm will cause “catastrophic damage,” according to the NHC. They predict homes will sustain “severe damages,” with some losing their entire roof and exterior walls. Power poles could fall down alongside trees, potentially isolating remote areas. “Most of the area will be uninhabitable for weeks or months,” the Saffir-Simpson scale indicates.

“If a category 4 land fall occurs, life-threatening storm surge and flash flooding is likely to occur along the U.S. east coast,” Navarro says of Florence. “A storm surge could be several feet in height, flooding the lowest level of homes and accompanied by large and destructive waves. Violent winds will also cause extensive damage to property, and create hazards from flying debris to anyone in their path.”

This is the worst level of hurricane, with 157 mph or higher sustained winds. “A high percentage of framed homes will be destroyed, with total roof failure and wall collapse,” the scale states. “Fallen trees and power poles will isolate residential areas. Power outages will last for weeks to possibly months. Most of the area will be uninhabitable for weeks or months.” 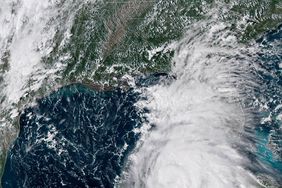 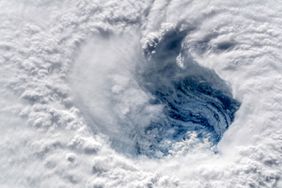 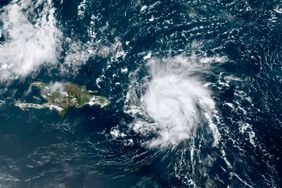 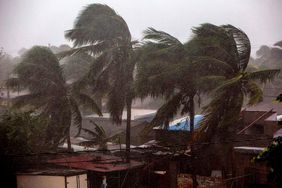 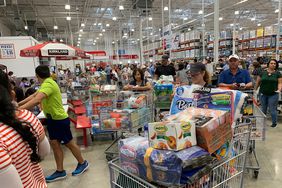 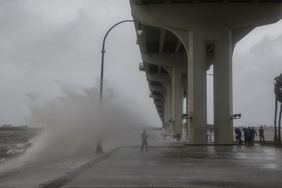 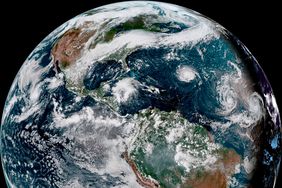 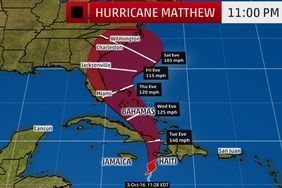 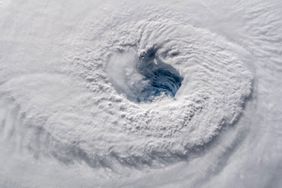 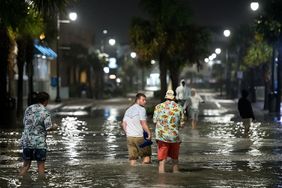 Isaias Makes Landfall on East Coast, Bringing Threat of Tornadoes and Flooding as it Heads North 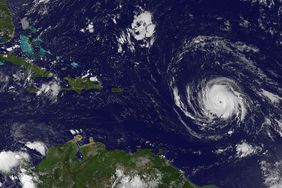