Maya Gandara is an Ecommerce Writer covering beauty, fashion, and lifestyle at Meredith. When not testing the latest buzzy skincare, you can find her shooting film photography around Brooklyn or cozying up with a good novel.

Vacuuming floors may seem like a chore, but having a highly effective cleaner on hand can minimize the hassle. If your current vacuum isn't removing dust, dirt, and pet hair in one fell swoop, it might be time to swap for a cleaner with higher suction power, such as the Hoover WindTunnel Corded Bagless Upright Vacuum. Right now, shoppers can snag the top-rated model at the discounted price of $96 on Amazon.

Equipped with five-levels of height adjustment, the vacuum cleaner can move across varying kinds of surfaces with ease, including hardwood floors, low carpets, and high carpets. It has a HEPA filter that traps nearly 100 percent of dust and fine particles, and a bagless compartment that reviewers say is incredibly simple to empty. What's more, the cleaner comes with multiple attachments for cleaning hard-to-reach areas and tiny crevices in your home. Users can easily navigate around the room while remaining tangle-free, thanks to the 25-foot cord that retracts with the click of a button.

With over 3,500 five-star ratings from shoppers — one person said they'd give it ″10 stars if they could″— you'll want to act fast on this limited-time deal. One reviewer named it the ″Optimus Prime of vacuum cleaners'' for its ability to combat excessive amounts of dirt and dust on a regular basis. Another says the cleaner has made their carpets look ″better than they have in years,″ while others agree that it ″outperforms″ more expensive models they've used in the past.

"This thing has got suction like I have never seen before," shared one person. "We have two cats now, and have had three previous cats prior to the ones now. Having said that, this vacuum cleaner was able to get ALL fur off the flannel bed sheets, suede couch, and bed comforter. I haven't been able to do that ever with the previous cleaner. The attachment for fur works miracles!"

"With four cats and two kids you can only expect so much from a vacuum," wrote another. "We vacuum almost daily and so far this has been a fantastic purchase. The suction has kept up with cat hair, litter, and everything else so far. There is sufficient power and it's relatively quiet. It's not too heavy (average to lightweight) and easy to maneuver/operate. I would place this at the top of a middle tier vacuum. It's proven to be worth the price."

Time is of the essence — head to Amazon to grab the Hoover WindTunnel Corded Bagless Upright Vacuum while it's on sale for $96. 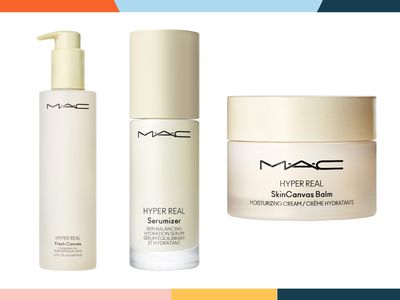 I Tested MAC's New Skincare Line, and It's Been a Game-Changer for Applying Makeup on My Dry Skin 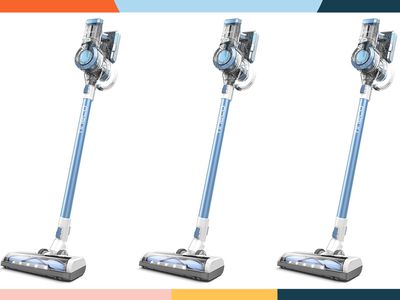 Amazon Shoppers Say This Tineco Vacuum Is a 'Major Upgrade,' and It's 45% Off 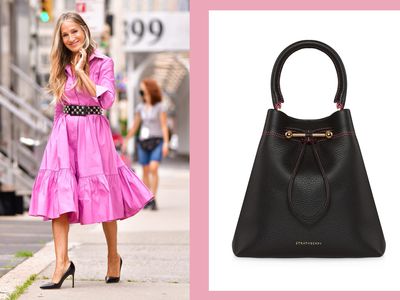