Flip or Flop is getting a major renovation of its own.

The HGTV series that stars recently separated couple Christina and Tarek El Moussa has plans to expand to five cities in 2017 and 2018. The spin-offs have been in the works for “more than a year,” according to a statement from the network — long before the El Moussas announced their split after seven years of marriage in December.

“With the original Flip or Flop, we found that what resonated with viewers was the authenticity, the expertise, the experience and the results they saw in the show,” says Allison Page, general manager, U.S. programming and development for HGTV, Food Network and Travel Channel in a release. “Because every market is unique, there was an opportunity to highlight what works in various regions by featuring successful people in different locations who had mastered the art of flipping in their town.”

Chicago, Nashville, Atlanta, Texas and Las Vegas are all slated to get their own version of the show, with a cast of new hosts — all couples — taking on the flips in each town. The first series to launch will be Flip or Flop Vegas, which premieres April 6. Hosts Bristol and Aubrey Marunde are flippers with decades of experience and parents to two boys.

The Marundes’ version of the hit show will see the husband-and-wife duo acting in similar roles to the El Moussas. MMA fighter Bristol handles construction, while Aubrey takes the lead on the design.

Flip or Flop Atlanta will follow soon after,premiering this summer with hosts Ken and Anita Corsini.

WATCH THIS: Christina El Moussa: I Leaned on My Kids and Friends Through the Divorce

The El Moussas have continued to work together despite their recent separation. In February, Christina took to Instagram to thank the Flip or Flop crew, saying that filming the show has been “a breeze because of them.” The series’ seventh season is set to air this summer, but HGTV has not confirmed plans for the original cast following the release.

Flip or Flop‘s Tarek and Christina El Moussa Want to Continue Their Show After Divorce: Source

Christina maintains a positive attitude about her future, despite the show’s uncertain fate. “There are so many unknowns, [but] it’s invigorating to know I am starting over,” Christina told PEOPLE in February. “It’s fun to be able to create my own destiny right now.”

Flip or Flop Vegas premieres Thursday, April 6 at 9:00 p.m. EST, and Flip or Flop Atlanta will premiere summer 2017 on HGTV. 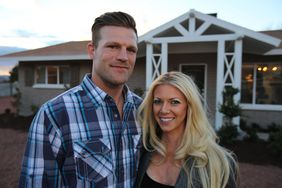 WATCH: Meet the 'Unstoppable' Stars of 'Flip or Flop Vegas,' and Get a Sneak Peek of Tonight's Premiere 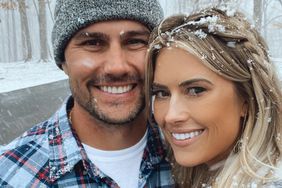 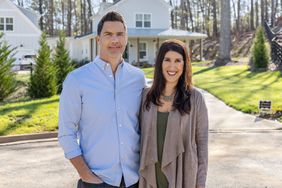