The Selling Sunset star opened up about how long her engagement has been in the works on the latest episode of her podcast, Flashbacks

Heather Rae Young is sharing all the details that led up to her magical engagement to Flip or Flop's Tarek El Moussa last month.

The Selling Sunset star, 32, opened up about all the planning — and secrets — that led up to the big moment on the most recent episode of her podcast, Flashbacks with Jessica Hall and Heather Young, and revealed that El Moussa's proposal didn't come as a total surprise.

"I knew it was gonna come eventually because we talked about marriage," she said. "We looked at rings like three months in. Nothing serious, but we went and looked."

However, Young admitted that she was not expecting El Moussa, 38, to propose while they were celebrating their one-year anniversary on July 25 in Catalina Island, California.

"I didn’t think he would do it on our one year anniversary," she said. "I thought he was gonna wait maybe a few months after. Maybe he thought I’d be expecting it."

The night before the engagement, the couple enjoyed a romantic dinner on his boat with flowers, candles, a private chef, a personal bartender, and a specialized menu.

"It was a perfect night," Young said. "People probably thought he was gonna propose then — no. We spent the night on our boat and woke up in Catalina."

The following evening, El Moussa popped the question at the Descanso Beach Club with an 8-carat diamond ring he had been carrying around in his backpack the entire time. And with the sunset over the Pacific as the backdrop, Young happily said yes.

"I knew he had little surprises planned throughout the weekend, I just didn’t know what," she explained.

Young also said that she was told by El Moussa's assistant before the trip that cameras would be present during the vacation so she could film b-roll for his show, Flipping 101 — or so she thought.

"A lot of people were wondering that, like how did you not know when all the cameras were there?" she said. "First of all, Tarek is the most romantic man. He’s spoiled me rotten from the very beginning. He’s just always making me feel special. We’re just so in love that this whole weekend just wasn’t out of the ordinary for our love, with how he treats me."

"I think we’re gonna get married within the next year," she shared. "I can’t wait to start planning a wedding. I’m so happy. I can’t wait to marry him."

El Moussa and Young met on the Fourth of July in 2019, after mutual friends brought them together in Newport Beach, California. The pair were photographed kissing and cuddling on a yacht at the Portofino Hotel & Marina in Redondo Beach, California, in late July — making their budding romance public.

They confirmed the relationship with joint Instagram posts in early August, and El Moussa shared that he had already introduced Young to his kids — daughter Taylor and son Brayden, now 9 and 4 — whom he shares with ex-wife Christina Anstead. Young even calls herself their "bonus mom."

The couple is currently renting a kid-friendly beach house in Newport Beach and plans to live there for about a year until they find their "dream home." 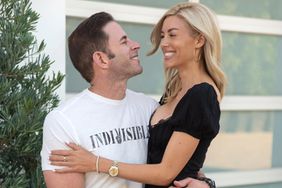 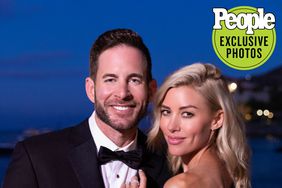 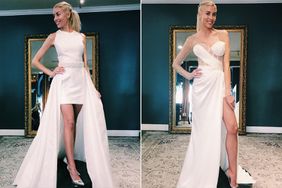 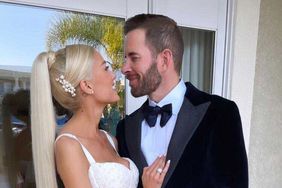 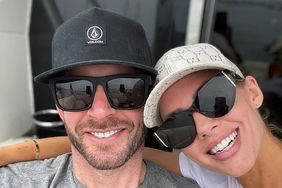