"Any insinuation that the agents on our show are not experienced, successful, or licensed, evidences a complete disregard for the facts," Jason Oppenheim tells PEOPLE

Jason Oppenheim, president and founder of The Oppenheim Group, is responding to claims that the cast of Selling Sunset aren't actually licensed real estate agents.

"Mary, Heather, Maya, and Christine were licensed and successful real estate agents at The Oppenheim Group many years prior to filming our show. Amanza worked with us as a designer, and has been a close friend of Mary's and mine for many years. Chrishell was a practicing agent at another brokerage, many years previous to filming Selling Sunset. As a licensed agent, Davina had transacted many deals before joining the team in 2018," Oppenheim said.

He continued, "Any insinuation that the agents on our show are not experienced, successful, or licensed, evidences a complete disregard for the facts. Even a superficial investigation would identify previous team photos, hundreds of millions in transacted sales, and more than 50 years of combined licensed real estate experience from these agents."

On Wednesday, while defending the cast's behavior toward one another, Teigen revealed that some of her friends in the industry weren't familiar with the Selling Sunset agents.

"I will say, I look at L.A. real estate a lot and have never seen any of these people lol [neither] have our agents, who I have obsessively asked," Teigen tweeted last week.

All of the cast members are listed as agents on The Oppenheim Group website, while Jason Oppenheim is listed as the owner.

After Teigen's remarks, a couple of members of the cast defended themselves on social media, according to toofab.

Her co-star, Vander, added that she wasn't offended by Teigen's speculation.

"Oddly enough, I did sell a house on the same street where she and John Legend purchased a house a couple of months ago," she told E! News. "I'm definitely not offended. And I'm actually excited she watched the show again. Any publicity is good publicity."

"If she ever wants to buy in Miami I'm here to help!" Vander added.

Portraz echoed Vander's statements to the outlet. "I know a lot of agents and if you're not a luxury condo buyer, you may not know me, but I closed and sold deals for $9 million and up," she said. "So, certainly I'm not offended by anything that she said." 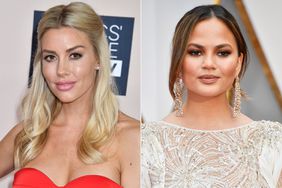 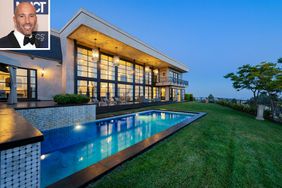