The former couple, who separated over a year ago, are currently awaiting a court date to determine their final custody agreement for their 3-year-old daughter

Gage Edward is speaking out about his rocky relationship with his ex-boyfriend Jeff Lewis.

The Flipping Out alum, 35, opened up about Lewis — with whom he’s currently fighting for shared custody of their 3-year-old daughter Monroe — in a rare public address during an Instagram Live on Friday.

Telling followers that he hasn’t always been “in control with the narrative that’s gone on publicly” because he’s always remained relatively quiet about Lewis, 50, Edward explained he’s chosen to break his silence now because there has “been some turmoil in the last several months. I figured that I would take control of that.”

“A lot of you wanted to know if I was happy. I think that that is kind of odd with me that you all were concerned with that,” he shared. “I think a lot of that’s been put into question with talk and things that have gone on with people who aren’t even in my life. It’s difficult to gauge, for lack of a better word, how I’m feeling with that, so I’m glad that I can get into that.”

Though Lewis often talks about their ongoing custody battle on his radio show, Edward said he’s refrained from commenting for the sake of their child.

Saying he doesn’t want to hinder Monroe’s relationship with Lewis by speaking out, Edward told fans, “I don’t think addressing anything, even though it’s been addressed from the other side, I don’t ever want to put Monroe in that position.”

“She’s going to have her own experience with her other dad. I’m not going to weigh in on it and I’m not going to influence it. I’ll never put her in that spot,” he said, explaining that he’s “not going to contribute” to anything negative about Lewis that Monroe might read online one day. “So I think there’s an amount of obviously respect you need to have, especially when you’re co-parenting. That’s all I want to say about that.”

He continued, “We have a long road ahead together. The three of us in some capacity. Or not. I’m hopeful for that in the future, but you never know.”

Edward and Lewis — who were together for 10 years before splitting in February 2019 — are currently awaiting a court date to determine their final custody agreement over Monroe.

Back in February, Edward filed a lawsuit against Lewis asking for equal shared custody of their daughter, as well as a request to change her name from Monroe Christine Lewis to Monroe Christine Edward Lewis.

Edward is also suing Lewis for a return payment of $125,000 that he said he previously loaned Lewis back in 2016.

Lewis has previously acknowledged “that there is a loan,” though disputes the amount.

“Originally he had said it was $175,000,” Lewis said on his radio show. “I had gone back and I provided checks, canceled checks, to reduce that amount. The amount he’s alleging now is $125,000. I don’t believe that is the number based on the canceled checks that I have provided.”

During Friday’s Instagram Live, Edward told fans, “I’m not playing a victim in any of this.”

“I choose to now focus on positive things, even in this crazy world that we’re all in,” he said, referring to the ongoing coronavirus pandemic as he continues to practice social distancing. “You appreciate things that you took for granted before. I think now when the walls open up and we can go back outside, you have to focus on the positive. Right now, we’re all in this in the world.”

“For what it’s worth, I’ve just always tried to find positive. There’s really great positive things that have happened in my life,” he shared.

Edward also said that’s he’s “always been someone who takes a long time to respond to things” because “there’s a wake that’s leftover after you speak.”

“A lot of times that wake leave destruction and if you’re going to cause destruction, you need to make sure that you really thought it through because it could really hurt people,” he said, telling followers he’ll find ways to “distract” himself in order “to think through everything and not react.”

He added, “Because you have to remember that there are human emotions tied to everything so you can’t really react with the trigger.” 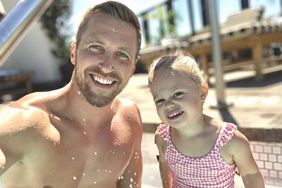 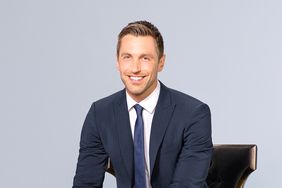 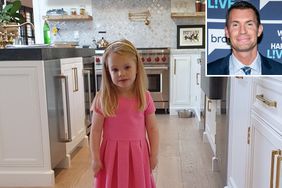