The Full House house is officially off the market — and it's staying in the extended Tanner family.

Jeff Franklin, the executive producer of the beloved '90s sitcom and the new Netflix revival Fuller House, has scooped up the San Francisco home that served as the facade for the Tanners' house for around $4 million, according to The Hollywood Reporter.

"Yep, I bought it! Pretty cool!" the producer said on Twitter of the property he chose for the TV family's home nearly 30 years ago. "I wanted the family to live in one of those classic Victorian homes," he told THR. "For some reason, that one jumped out at me. There were lots of candidates but that was the winner."

He's already restored one aspect of the 1883-build to its former Full House glory, painting the previously seafoam-green door back to the red seen on the show. "It will be a lot more fun for the fans because now the house will look like the Tanners really live there," he said, adding, "It's a gift to the fans but it's also fun for me to own it."

WATCH THIS: Lori Loughlin Explains Why Michael Phelps Was at Her House

The Father of the Bride House Has Sold for $2 Million

Plans for the property include some renovations and a possible cast reunion for the show's 30th anniversary in September 2017. "I hope to bring the cast up to the house and have a big slumber party here so people can drive by and actually see the Tanner family living there for one whole day," he says. "That would be pretty fun."

Eventually, though, Franklin will most likely rent the space out to a San Francisco fan. "It's a shame to let it sit empty," he says of the estate that was recently listed on Craiglist. "I will be renting it out, but I'm not sure yet what, where, when or how. At some point soon I will figure that out." 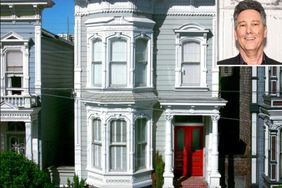 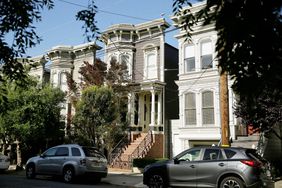 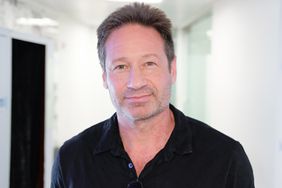 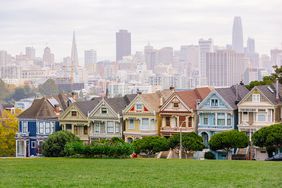