The one month pop-up is set to include Friends set re-creations, props and costumes

The Friends 25th Anniversary celebration just keeps going, and you might not be able to be any more excited about this latest news.

Rachel, Ross, Monica, Chandler and Joey’s iconic New York City apartment is being brought back to life in the form of an immersive pop-up experience, officially open to the public from September 8 through October 9 and costing $29.50 per person, according to a press release.

Located in New York’s SoHo neighborhood, (the show was set in nearby Greenwich Village), the apartment — called “The One with the Pop-Up” — features all the set re-creations, props and costumes that are seared into your brain from 10 seasons on NBC and endless rewatches on Netflix. Tickets for the event, which is sponsored by Superfly and Warner Bros., are available at friends25popup.com.

“It’s been nearly 25 years since Friends premiered, but the fascination and universal appeal of the hit TV series lives on with fans of all ages,” said Peter van Roden, Warner Bros. senior vice president of global themed entertainment and consumer products.

He added: “As we celebrate the show’s milestone anniversary, we are excited to bring the Friends experience to life for our fans in a way that pays homage to the remarkable cast of characters, iconic sets and instantly quotable moments.”

The apartment pop-up (which also includes a Friends merchandise store) will be open seven days a week, from 10 a.m. to 10 p.m.

Friends Is Leaving Netflix for New Platform HBO Max in 2020

In March, Friends alumna Courteney Cox sent fans into a frenzy when she posted a video from the very spot that was used to represent the outside view of the apartment Monica and company shared on the hit sitcom.

But despite fans’ continued interest in the show, a Friends reboot seems unlikely. 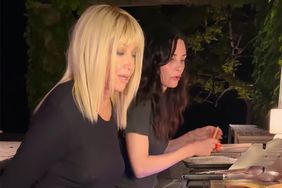 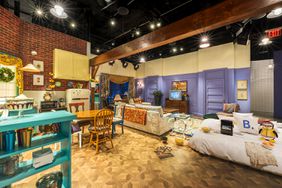 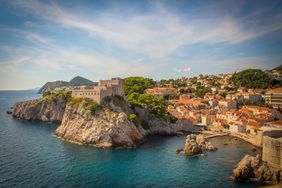