Frank Sinatra's former home is on the market, and it's the furthest thing from a tiny apartment in New York, New York.

According to a representative for The Agency, which is representing the $12.5 million property, the abode has been a celebrity hot spot for years since Sinatra leased it in the 1950s and 60s. Craig Knizek and Barrie Livingstone are the listing agents.

The representative tells PEOPLE that Judy Garland and Vincente Minnelli once renewed their vows on the sprawling seven-acre property, and Marilyn Monroe once lived in the grounds' fully-outfitted guesthouse.

Forbes reports that the guest home was rumored to be the meeting spot for President John F. Kennedy's alleged affair with Monroe.

Since then, the home, dubbed "Byrdview," has changed hands many times, but continues to make its mark in Hollywood—appearing on TV shows such as Mad Men and Californication and in films like Dream Girls and Ali.

Located in Chatsworth, Calif., the famous abode sits above the Chatsworth Reservoir and contains seven bedrooms and nine bathrooms.

According to the listing, the luxurious property was one of the only four private residences ever designed by famed architect William Pereira. The home is surrounded by glass walls with views of the San Fernando Valley from nearly every room.

Inside, it features four fireplaces and a sleek modern look in many of the rooms, including the living room with a full bar, a formal sitting room with a piano, and a spacious chef's kitchen.

James Dean's Former L.A. Home (Where He Was First Discovered!) Hits the Market for $3.9 Million

Outside, the house boasts a large pool, cabana and spa, as well as a second pool for the guest house. The driveway can accommodate upwards of 100 cars, and the yard has ample space to build on to the property. According to the listing, new residents would have the infrastructure to build a vineyard, recording studio or equestrian facility, and there's an adjacent 6-acre lot that can be negotiated into the sale price. 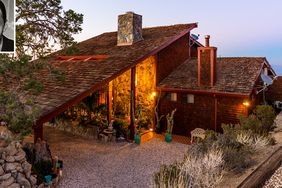 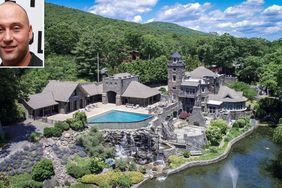 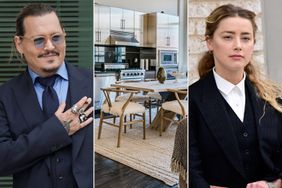