See how the HGTV stars transformed this small downtown space

Chip and Joanna Gaines are living the loft life! On Tuesday night's Fixer Upper, the couple took on their first-ever apartment renovation for friend and local businesswoman Catherine Ballas. Although they showed Ballas a few options in the heart of Waco, the Refit Revolution founder opted for a space in the same building she was already renting in.

"It was such a fun project to be a part of!" Joanna wrote on Twitter. "In a space like this, I could get used to loft living..."

Ballas wanted a larger kitchen that better suited her entertaining style. A movable metal island with storage underneath satisfied both her modern aesthetic and her small-space needs.

Working with What's There

Joanna’s first idea for the wall of windows was to build in trim reminiscent of her other traditional Fixer Uppers. But after incorporating the industrial light fixtures, nixing dark flooring for a lighter wood and exposing the mixed metals on the ceiling, the expecting mom decided to keep the minimalistic look that was already in place.

Function is everything for a downtown dweller, but that doesn’t mean you have to sacrifice style! Joanna used a wood-paneled feature wall to serve as a mini mudroom with hooks and a bench seat. A sleek fireplace brings in all the comfort of a suburban home, without taking away from the overall design.

Wall That Does It All

In the bedroom, the headboard with built-in nightstands mimics the wood used in the living area. It also serves a multifunctional purpose as both a focal point of the bedroom and a picture ledge for a few special pieces.

Master of All Bathrooms

A floating waterfall island with even more storage underneath makes this the ultimate master bathroom. The black finishes and exposed filament-bulb fixtures prove even an urban apartment can have it all with Chip and Jo’s magic touch. 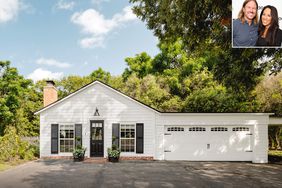 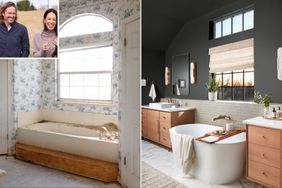 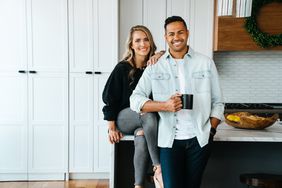 'This One's a Tear Jerker!' See the Fixer Upper Joanna Gaines Designed for a Waco Widow 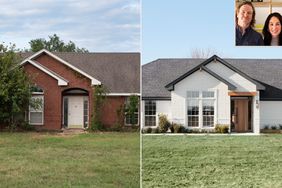 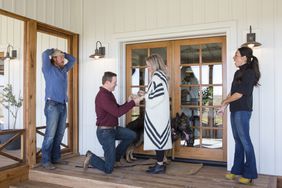 See the Tearful Moment a U.S. Marine Proposes to His Girlfriend on 'Fixer Upper' 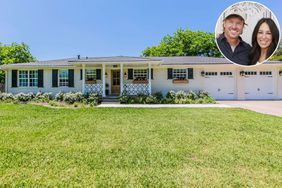 WATCH: Another 'Fixer Upper' House Has Hit the Market in Waco and It's the Most Affordable by Far