The late actress and singer-who Lenny Kravitz called Aunt D and Kerry Washington called an inspiration-left behind a collection of art, couture, jewelry, and Hollywood memorabilia built over a six-decade career

Paying Tribute to an Icon

When Diahann Carroll died at 84 last October, the actress and singer left behind a trail she blazed across six decades in Hollywood. She was the first African American Emmy nominee, back in 1963. She became the first African American woman to star in a non-servant role on television and to win the Tony award for Best Actress in a Musical. Carroll again broke stereotypes with her role as Dominique Devereaux on Dynasty in the 1980s and continued to work on television into the 2000s, appearing on A Different World, Grey's Anatomy and White Collar.

On March 10, Bonhams in Los Angeles will auction off some of the evidence of her legacy, including more than 150 pieces of Hollywood memorabilia from her estate.

Fans will be able to view the auction items starting March 6 at Bonhams.

One piece that isn't up for auction is a 1980 oil portrait of Carroll by Geoffrey Holder. That's because the piece has already been purchased by Lenny Kravitz. The singer, called Carroll "Aunt D," as she was friends with his actress mother, the late Roxie Roker of The Jeffersons fame.

"Aunt Diahann was an incredibly gifted, soulful, and inspiring trail blazer," Kravitz tells PEOPLE exclusively. "She was the quintessential example of how to break down barriers and pave a new path for all who would follow, with elegance and grace. Her beautiful legacy will live on."

A Galanos Gown Worn on Dynasty

"My mother loved this dress," her daughter, the journalist Suzanne Kay, tells PEOPLE. "The simple elegance of it and how it has just a hint of leg that is surprising." The piece was created by the celebrated designer of the 1970s and '80s James Galanos.

Kay is most excited about a piece of jewelry that was beloved by her mother. "It's the 'Toi et Moi' diamond and cultured pearl ring, and it's a true reflection of my mother's personality," she says. "It's bold and sophisticated. She lived her life unapologetically, and this piece embodies who she was."

"I love this sketch," Kay says of the work by the late fashion illustrator Joe Eula's work. "It's quintessential my mom. It's elegant, simple and with a lot of attitude."

A Tony award for No Strings

"This award was very significant since it was for her first lead role on Broadway," Kay says of Carroll's Tony award for the musical No Strings. "The musical was written for her and her character was a high fashion model who was dressed in designer clothes back when it was revolutionary to see a black woman represented like that."

A Working Script for the Pilot of Julia

"This is an incredible collectible, because she wrote so much in the script in her own hand. Julia is the role [my mother] is best known for - at the time both groundbreaking and very controversial," says Kay.

Poster of Diahann Carroll in Julia

"This is a piece that takes us back to her iconic role," Kay says of a publicity poster that Carroll saved from when her groundbreaking TV series debuted.

"My mother loved beautiful watches," says Kay of her Cartier time pieces. "Over the years her collection grew. She hated the fact that the iPhone took over a classic wristwatch."

Head of a Man, by Artis Lane

"Artis is a fantastic Canadian sculpter and painter that my mother supported in the very early stages of her career. Throughout the years she collected many of her pieces," says Kay.

"This chair is both elegant and whimsical. My mother loved to have fun with her beautiful surroundings," says Kay.

A Ruby and Diamond Brooch

"[This was] one of my mother's favorite jewelry pieces. I remember her lovingly placing this brooch on my grandmother when she accompanied her to an award show," says Kay of the 19th-century design.

"I remember her rehearsing by the piano with her pianist and arranger before going on the road," says Kay. "My mother was a perfectionist and I witnessed how much hard work went into keeping a career alive for nearly seven decades." 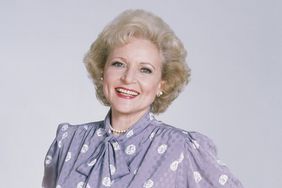 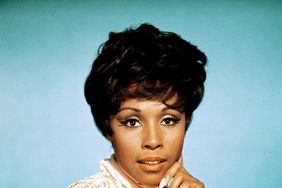 Now That Diahann Carroll's Come into His Life, Things Are Looking Up for Crooner Vic Damone