Phan penned an emotional (and rhyming!) message for her intended on Instagram

It’s been one year since Property Brothers’ Drew Scott was officially taken off the market.

The HGTV star proposed to girlfriend of six years Linda Phan at a Toronto restaurant on December 13, 2016, and she’s marking the anniversary of saying “yes” with an sentimental original poem posted on her Instagram alongside a photo gallery of some of the longtime couple’s cutest moments together.

“A year ago I said yes to forever….” writes Phan, who’s the Creative Director for Scott Brothers Global. She goes on to list more than a few of those “forevers” in rhyming couplets. Among those activities: bike riding in the rain, playing board games, jumping into foam pits, and making the world a better place.

Scott orchestrated an elaborate surprise proposal last year at Piano Piano restaurant in the couple’s former home base of Toronto (they’ve since moved to L.A.) that included a recording of his own cover of Train’s “Marry Me” playing over the restaurant speakers, which cued the staff to bring out a cake decorated with illustrations from one of Phan’s favorite books, Dr. Seuss’s Oh the Places You’ll Go, tweaked to read “Oh the Places We’ll Go,” as a nod to their continuing journey together.

The festivities continued with a surprise engagement party at a nearby venue that Phan had been led to believe was a company holiday party. Friends and family, including both fiancés’ parents, as well as Scott siblings Jonathan and J.D., were in attendance.

The pair plan to marry in a destination ceremony in Italy in May, and have been sharing their wedding planning process, including cake tasting, tux try-ons, flower selection and dress shopping, on a new HGTV series, Property Brothers at Home: Drew and Linda’s Honeymoon House.

Drew tells PEOPLE that both of his brothers will serve as co-Best Men during the ceremony (and may don traditional Scottish kilts), and Phan will have 14 bridesmaids, among other one-of-a-kind details.

“This is our big day—we can do whatever we want!” Scott said in a November cover story, “One of the things that I love about Linda is that she’s with me in that sense. If I want to wear a gold leotard, I’ll do it. We’re not ones to have a basic white wedding.” 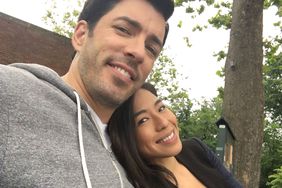 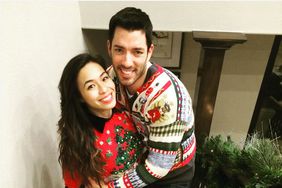