Disney lovers got a first look inside the highly anticipated new land coming to the Orlando resort on Wednesday. Though it’s still under construction, the big pieces are finally in place, including two new rides and even a few familiar faces.

Good Morning America‘s Paula Faris got a tour of the 11-acre attraction, which opens June 30, and talked to Disney Imagineers about what visitors can expect.

The segment featured a first look at the new rides in action: Slinky Dog Dash, a family-friendly coaster, and Alien Swirling Saucers, which appears to be a teacups-style spinner.

The Aliens’ ride is “designed as a playset Andy won at the Pizza Planet Restaurant,” according to a release from Disney. “Guests swirl and whirl among toy planets and space stations as par to the game while ‘The Claw’ hangs overhead.”

One imagineer also revealed to Faris that a favorite minor character, Wheezy the Penguin, makes a surprise appearance at the end of the Slinky Dog ride. He’ll of course be singing his hit, “You’ve Got a Friend in Me.”

Other characters on site include Sarge and his “Green Army Man Drum Corp” who will be “marching several times a day” and taking part in interactive games like “Sarge Says,” a play on Simon says, with guests.

Of course, Buzz Lightyear, who turns up in the segment, will also be on site.

GMA also checked in with Tim Allen, who voiced Lightyear in the Pixar trilogy.

“It’ll be the detail stuff that I want to see —what you hold what you touch,” the actor said of his hopes for the land, which will be part of the larger Disney’s Hollywood Studios park. “I want to see how they incorporate that live experience.”

According to an earlier release from Disney, Toy Story Land will “transport guests into the adventurous outdoors of Andy’s backyard” and make them feel like they’ve shrunk down to the size of a toy.

In addition to the rides, there will also be a new restaurant, Woody’s Lunch Box, and many more themed attractions.

New merchandise was also revealed Wednesday, including kids’ tees decorated with favorite characters, headbands featuring Slinky and the aliens, and an actual slinky of the beloved dog.

“With set pieces, staging, attractions and experiences Toy Story Land represents the best of Walt Disney Imagineering’s collaboration with our storytelling partners at Pixar Animation Studios,” said Bob Chapek, chairman of Walt Disney Parks and Resorts. “This new land will place guests inside the wondrous world of Woody, Buzz and their pals – and invite everyone to experience the joy of being a toy.”

Disney World and Disneyland Are Raising Prices Again: Here’s What It Will Cost You

Disneyland Resort in California will also debut a new land, on June 23: Pixar Pier will replace the existing Paradise Pier and feature a new ride, the Incredicoaster, which is themed to their forthcoming sequel to 2004’s The Incredibles, premiering June 15. 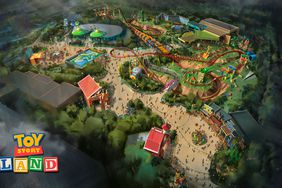 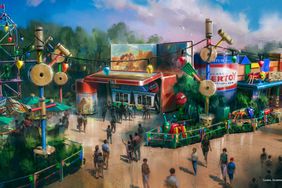 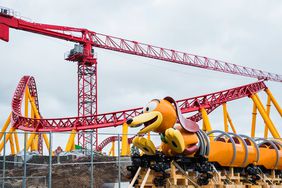 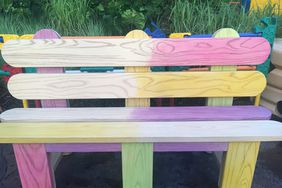