Christina Anstead has officially filed for divorce from her husband of less than two years, Ant Anstead, the HGTV star's publicist and best friend Cassie Zebisch confirms to PEOPLE.

The Flip or Flop designer, 37, first announced she and the Wheeler Dealers host, 41, had ended their relationship via an Instagram post on September 18. The pair began dating in October 2017 and tied the knot more than a year later in a secret "winter wonderland" wedding at their home in Newport Beach, California, in December 2018. They welcomed a son, Hudson London, 1, together in September 2019.

"Ant and I have made the difficult decision to separate. We are grateful for each other and as always, our children will remain our priority," Christina wrote in since-deleted Instagram post. "We appreciate your support and ask for privacy for us and our family as we navigate the future."

Shortly after the shocking news broke, a source told PEOPLE that Christina and Ant had been struggling with their relationship for a year — since the birth of Hudson. "After the baby, they started having conflicts," the source said.

Despite her full house, the source said Christina was left feeling "lonely and unhappy" with her home life. "Christina found it difficult to balance everything" and "their marriage was struggling."

The source went on to share that although things may be tough right now, Christina is remaining optimistic about her future: "She never expected to get a divorce. But she is doing okay and focusing on the kids."

The Christina on the Coast star shares son Brayden James, 5, and daughter Taylor Reese, 10, with ex-husband and Flip or Flop costar Tarek El Moussa. (El Moussa got engaged to Selling Sunset's Heather Rae Young in July.) Ant is dad to daughter Amelie, 17, and son Archie, 14, from his previous marriage to ex-wife Louise Herbert.

WATCH THIS: Christina Anstead Felt 'Very Lonely and Frustrated' in Marriage With Ant

Christina later reflected on the fallout from the separation.

"So while some may judge me and throw around rumors about me, most of you support me. And that says a lot about this world and where we are headed," Christina added. "I'm messy, I'm real and I'm working on healing. I'm surrounded by extremely powerful women who help me cope, build me up and push me to be better."

Ant first opened up about the split on September 26, when he shared a black-and-white photo of himself and Christina on Instagram alongside a statement: "Anyone who really knows me knows that I don't like to share private matters publicly. I have remained silent while holding on to hope. I never gave up on us. I pray Christina's decision brings her happiness."

News of the separation came about a month after Ant announced in early August that he was putting his mental health first and taking a break from social media. Alongside a video of Christina from their honeymoon, he wrote in a since-deleted Instagram post. "The world is crazy right now. And for all the good things social media has it also carries a toxic element!"

However, shortly after announcing his social media break, Ant shared a series of photos of him and his two eldest kids together in the U.K. They had previously been kept apart by COVID-19–related travel restrictions.

Recently, Ant revealed that he participated in a "Breakup Recovery" course — a five-week program from a brand called Create the Love, which was founded by "human connection specialist" Mark Groves.

According to its website, the brand offers courses, retreats, coaching and a podcast to help people "design the life and love [they've] longed for." The breakup recovery course, specifically, is designed to help people "move from hurting > healing > thriving" in five weeks.

"I am now on day 30 of this and I have to say it's been a lifeline for me!" the father of three wrote in an Oct. 18 post on his Instagram Stories, sharing a link to the program. "If anyone out there needs this DO IT!"

Last week, Anstead revealed that he's dropped around "23 lbs." amid the split after a follower commented on his latest Instagram post that he looked "thinner" in the photo. "Don't worry I will get it back on," Ant responded include a bicep and pig emoji.

On Monday, the car expert revealed he is leaving his show Wheeler Dealers, which will return to filming in the U.K., after six seasons, but already has some new projects in the works.

"I proudly hand the spanners over to the legend that is @f1elvis and I remain home in California to embark on THREE new TV shows (watch this space for the top secret news coming soon)," he wrote, thanking fans for "the years of support and banter," and adding, "it's been a ride." 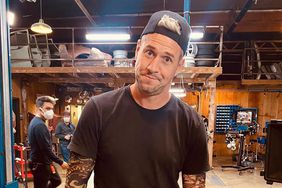 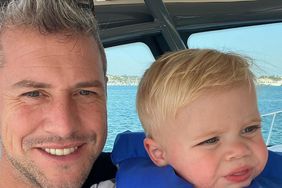 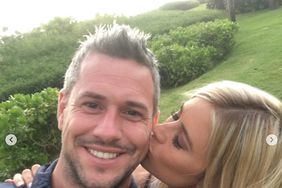 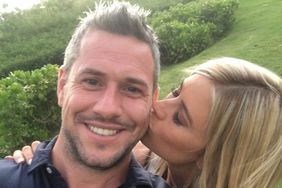 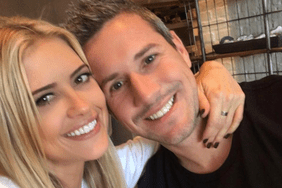 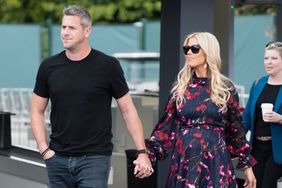 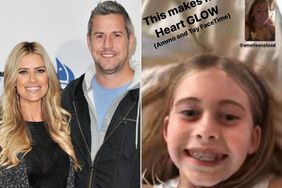 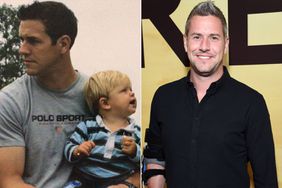 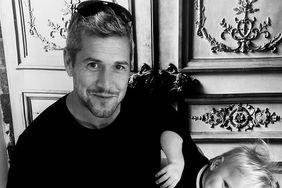