Former partners in Chip Gaines‘ Magnolia Real Estate Company claim that the HGTV star had started filming Fixer Upper and “conspired to eliminate” them after learning that the show would be successful, a new lawsuit alleges.

John L. Lewis and Richard L. Clark are suing Gaines and others for more than $1 million, claiming that the TV star bought them out without telling them that he had made a deal with HGTV to air Fixer Upper, according to court documents obtained by PEOPLE. The suit was filed Wednesday in Waco, Texas.

Lewis and Clark’s attorney, David Tekell, tells PEOPLE that Gaines and his wife, Joanna, were being filmed by a crew with High Noon Productions — which now produces Fixer Upper — and “the hope and intent was that High Noon would then take this footage that they had shot, package it into a show concept and try to sell it.”

Chip Gaines Tweets Bible Verse Amid News of $1 Million Lawsuit Filed Against Him: ‘The Light Shines in the Darkness’

“That did blossom into a deal in April 2013,” Tekell adds.”With that then new and undisclosed information, Chip went back to his partners in Magnolia and said, ‘I would like to get rid of this little company and buy you guys out.’ But didn’t tell them that Magnolia realty was about to be fairly famous and would be getting a lot of free advertisements.”

He notes that although Lewis and Clark knew very little about the filming, they knew nothing about Gaines’ deal with HGTV until the official announcement had been made in May. The lawsuit alleges that Gaines broke the news to his now-former partners in an email, revealing that he and Joanna had been working on a pilot for HGTV for nearly a year.

Gaines’ attorney, Jordan Mayfield, disputed the allegations in a statement to PEOPLE.

“We are confident that these claims will be found to be meritless,” he said. “And it is disappointing to see people try to take advantage of the hard work and success of Chip and Joanna Gaines.”

However, Tekell holds that all of the accusations in the lawsuit are accurate.

“It is all completely true and supported by actual facts,” he tells PEOPLE. “There are extensive quotes from texts and emails stated in the lawsuit that are accurate.”

According to the documents, the Gaineses’ teamed up with High Noon Productions some time in 2012 and Gaines was “largely silent” about the project. This, the lawsuit alleges, left Lewis and Clark believing nothing would affect their business.

The men claim in the suit that Gaines bought their shares of the real estate company for $2,500 each with “insider information in hand” — Gaines allegedly described the company as “distressed.” Fixer Upper had been fast-tracked by HGTV and the lawsuit states that if Lewis and Clark had known this, they would not have sold their shares for so little. The lawsuit also states that the buyout was finalized on May 6, two days before Gaines publicly announced the show had been picked up on May 8.

“Chip wanted the entire pie for himself. Sharing the ‘Magnolia’ name with anyone else was unacceptable,” the suit states.

Lewis and Clark founded the company with Gaines in 2007 and the business largely operated out of Waco with a single real estate agent, according to the suit. Now, the Magnolia firm employs “over 93 real estate agents” and operates in nearly every major city in Texas, the suit alleges.

Along with Gaines, the suit names Magnolia Realty, Scripps Networks the company that owns HGTV and High Noon Productions

Here’s What Happens Behind the Scenes of Chip and Joanna Gaines’ Magnolia Market: ‘The Chemistry is Real’

In a statement to PEOPLE HGTV officials said: “We respect the privacy of our show hosts and will not comment on matters related to their personal lives or businesses.”

In the wake of the lawsuit news, Gaines took to Twitter posting what appeared to be a hopeful message. 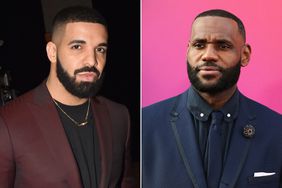 LeBron James and Drake Sued for $10 Million Over Rights to Hockey Documentary: Reports