"You jumped the gun just a tad but I love you anyways," Kirsten Corley Bennett told her husband in his Instagram comments

Chance the Rapper is getting excited about his new balcony — even if it might not be finished quite yet.

The "No Problem" singer showed off his wife Kirsten's exterior design skills on Tuesday by posting a photo of their balcony, which featured turf, sleek white couches, string lights, and some plants.

"EEEEEEEEE My Wife just went crazy and redid the balcony!" Chance, 27, wrote on Instagram, sharing a photo of the couple's refurbished balcony. "LOOK AT THAT TURF LOOK AT THEM MF COUCHES LOOK AT THAT PLANT SHE THE GREATEST 😍😍😍 DO YO S— SIS #exteriordesign"

"lmao babeeeeeee. it's not done 🙄" Kirsten, 27, commented on the photo as captured by Comments by Celebs.

Chance responded, sweetly offering to take the photo down, but maintained that "everybody said it look raw tho."

"@chancetherapper you jumped the gun just a tad but I love you anyways 😂" the mother of two responded.

When the balcony's transformation is completed, it will surely be well-loved by the family — the "All We Got" singer recently told PEOPLE that he is cherishing the extra time spent at home during the novel coronavirus (COVID-19) pandemic.

The Grammy winner shares daughters Kensli, 4, and Marli, 9 months, with Kirsten, and told PEOPLE in April that his girls "make me laugh so often."

"Kensli says really funny stuff and she’s very, very advanced for her age," Chance said. "I know all parents say that about their kids, but it’s ridiculous. She's so intelligent and she just speaks. She's very opinionated too. She says exactly how she feels about stuff. She's 4, but she acts like a 7-year-old that's acting like she’s 13."

Chance and Kirsten have made it a priority to find ways to keep their romance alive while remaining at home, he told PEOPLE.

Chance the Rapper Texts Wife 'I Love You' When She's Asleep: 'I Say It Eight to 10 Times a Day'

"It’s very different with this quarantine going on. Between our two kids and trying to keep our house clean, phone calls I have to get on and phone calls she has to get on, we’re trying to find time for each other," he said.

One way that Chance is doing that is by telling his wife he loves her "between eight to 10 times a day on average."

"We sleep at different times because I’m more of a night person and she’s more of a morning person so we miss each other sometimes,” he added to PEOPLE. "Last night, I knew she had fallen asleep so I sent her an ‘I love you’ text. When she woke up this morning, she gave me a hug and she was like ‘I just want you to feel love.’ I was touched."

The Punk’d reboot host added that he has "been waking up daily with a newfound gratitude and being just very grateful that I’m married right now." 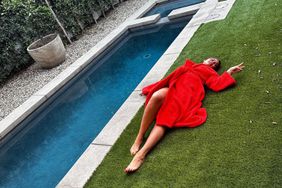 Chrissy Teigen Replaced Her Lawn With Fake Grass Due to Allergy: 'This Is Very Exciting for Me!' 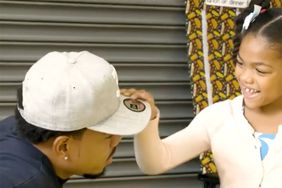 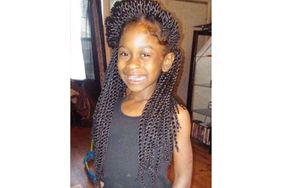 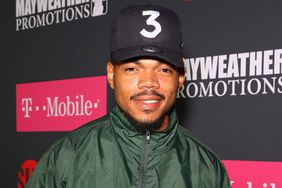 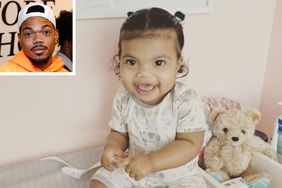 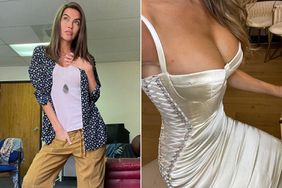 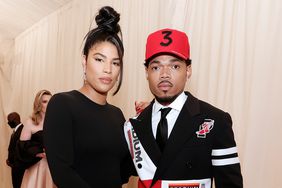 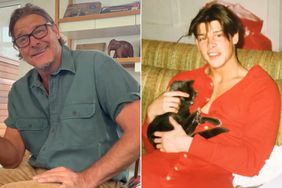 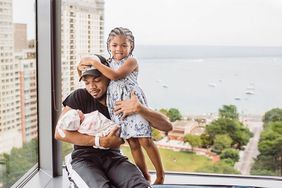