After filing for divorce from ex Kevin Federline in 2007, the "Oops!... I Did It Again" singer, now 39, moved into an approximately 7,500-square-foot home in Beverly Hills, where she lived until 2012.

In July 2020, PEOPLE confirmed that the Italian villa-inspired home was back on the market, listed for $6.8 million with Josh and Matt Altman of Douglas Elliman Real Estate - stars of Bravo's Million Dollar Listing Los Angeles. This was a major price drop from the previous time it was put up for sale, in 2018, when it was listed for $9 million, according to the Los Angeles Times.

"What makes this house special is that it's in one of the top gated communities in Los Angeles," Matt told PEOPLE of Summit, the exclusive Beverly Hills neighborhood where the six-bedroom, six-and-a-half bathroom home is located, in July. "It's incredibly safe, so it's where celebrities want to be."

According to Matt, the home itself is "virtually paparazzi-proof." He notes, "It has gates within a gated community, just to show how important privacy was to Britney Spears. There is no angle or anything that can be seen from any other house or hill, nothing whatsoever."

He also noted that celebrities may be attracted to the home, which was first placed on the market at the end of June, because of the detached guest house on the property, which Matt said Spears may have used for her security team.

"If you have guests that you want to stay but you don't want them in the house, or if you want to have a live-in housekeeper, it's wonderful," he explained.

Inside the main house, a two-story entryway, home theater, massive home office and chef's kitchen with a breakfast nook are some of the notable features. High ceilings and an open floor plan bring airiness and elegance to the home, and, according to Matt, "all the ceilings were hand-painted by artists."

Outside, a saltwater swimming pool centers the backyard, surrounded by a firepit, in-ground jacuzzi and entertaining area. There's also plenty of grassy space for kids to run around - something which was important to Spears when she lived in the home. She shares sons Jayden James, 14, and Sean, 15, - both of whom were born shortly before she purchased this home - with Federline.

"The backyard is incredibly kid-friendly," Matt said, adding that Spears "had one of the most beautiful custom kids' treehouses in the backyard" when she lived there.

Spears currently lives in Thousand Oaks, north of Los Angeles, and has been dating boyfriend Sam Asghari, a personal trainer, since 2017. The pair met on the set of her "Slumber Party" music video in 2016.

On February 5, the New York Times released an unauthorized documentary called Framing Britney Spears, which details her life up until this point and the intricacies of her conservatorship case.

On Tuesday, the pop star shared a 2017 clip of herself performing her hit song "Toxic" on Instagram while assuring her fans she's recently been "enjoying the basics" of life.

"We all have so many different bright beautiful lives !!!" she added. "Remember, no matter what we think we know about a person's life it is nothing compared to the actual person living behind the lens !!!!" 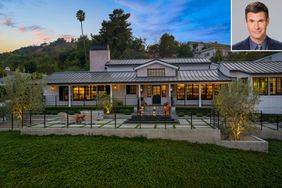 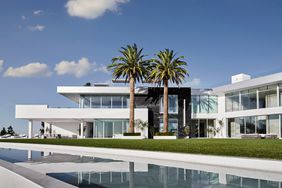