Although there's a lot at stake in Brad Pitt and Angelina Jolie's ongoing divorce, one piece of property stands out from the rest of their real estate empire.

Château Miraval, a sprawling villa in Correns, France, served as a family retreat for the former couple and their kids, as well as hosting their wedding in 2014.

The now-exes bought a controlling stake in the South of France vineyard in 2008, and it has since become a hot topic in their ongoing divorce battle after Jolie sold her interests in Château Miraval in October 2021.

According to legal documents obtained by PEOPLE in February 2022, Pitt alleges that Jolie made the sale despite their prior agreement that neither would do so unless the other person approved.

The complaint alleges that Jolie sold her interests in the property to Tenute del Mondo, whose parent company is spirits manufacturer Stoli Group, which is "controlled by Russian oligarch Yuri Shefler." Pitt's lawsuit claims that Jolie's business, Nouvel, owed his company, Mondo Bongo, the right of first refusal and that the sale infringed on that right.

Amid Pitt and Jolie's ongoing battle over the property, here's what to know about Château Miraval and its history.

When did Brad Pitt and Angelina Jolie buy Château Miraval?

Although they didn't officially purchase the home until 2012 (for an estimated $60 million), the couple signed a long-term lease on the property in 2008. Neighbors in the region at the time included Johnny Depp and David and Victoria Beckham.

The 1,200-acre estate sits along an ancient Roman road and contains multiple structures from the 17th century. Remnants of a Romanesque chapel, where Jolie and Pitt married, can be found on the property, as well as pine forests, olive groves, sprawling hillsides, a private lake, numerous fountains, a vineyard, and a moat.

Pitt reportedly put his stamp on the property, which includes 35 rooms in the main house, in order to make it more kid-friendly. The improvements include a spa, gym, indoor and outdoor pools, a home theater, a video game room, a dirt bike course, and a helicopter pad. Jolie also made some additions to the chateau, having a 200-year-old olive tree relocated to the garden in 2010.

Who owned Château Miraval before Brad Pitt and Angelia Jolie?

Though the Jolie-Pitts officially purchased the home in 2012 for an estimated $60 million, they were not the first notable names to pass through its historical gates. It is believed that in 1252, influential philosopher and theologian Saint Thomas Aquinas spent several days at Miraval.

In more recent history, Miraval was purchased in 1970 by French jazz pianist Jacques Loussier, who created Studio Miraval on the property. Pink Floyd recorded tracks for their seminal album The Wall there in 1979, and other acts to use the facilities have included AC/DC, Sting, and Muse.

In 1992, Miraval became the property of American winemaker Tom Bove, who developed it into one of France's top organic wine producers. Pitt and Jolie continued the estate's wine-growing tradition by launching Miraval wines on Valentine's Day 2013 in collaboration with France's much respected Perrin family. In March of that year, they sold out their first 6,000 bottles of rosé in just five hours.

What is Brad Pitt and Angelina Jolie's wine company?

American winemaker Tom Bove, who owned the property in 1992, became one of France's top producers of organic wine. Pitt and Jolie carried on the tradition by launching Miraval Wines in 2013. The first 6,000 bottles of rosé they produced sold out in five hours.

In recent court documents obtained by PEOPLE, Pitt's legal team writes that Miraval became his "passion" project that grew "into a multimillion-dollar global business and one of the world's most highly regarded producers of rosé wine" through his work. The actor accuses Jolie of contributing "nothing to Miraval's success." 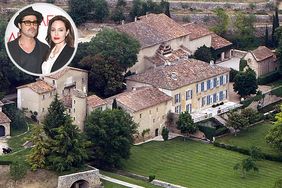 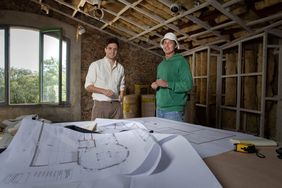 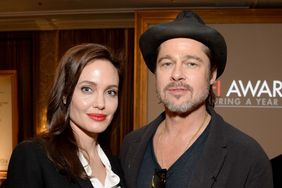