Score best-selling smart TVs for up to 52 percent off

Although the holidays can get pretty expensive, there are also tons of sales that come along with it to make things a little easier on your wallet. And if you're reading this, then you're probably doing some highly-anticipated Black Friday shopping and want to find the best deals on an item that is always sought after this time of year: a television.

Finally! Amazon's Massive Black Friday Sale Is Here — These Are the 150+ Best Deals

Whether you've just moved into a new place, are looking to upgrade your older model for a bigger flat screen, or want to gift the tech-lover in your life the ultimate present, there are tons of Black Friday smart television deals at Amazon from popular brands like Samsung, Sony, LG, Amazon Fire, and more that you'll want to take advantage of before they're gone.

And while you don't need to be an Amazon Prime member to score these Black Friday discounts, you might still want to consider signing up for a free 30-day trial, as that will get you free two-day shipping, so you know any television you order will arrive before the holiday officially rolls around. Plus, with your Prime membership, you'll receive other noteworthy perks, including access to Prime Video movies and TV shows, Amazon Music, Prime Reading's thousands of books and magazines, and even Amazon Photos, which gives you unlimited photo storage.

Now, back to those TV deals. Keep on reading to uncover the best Black Friday television deals live on Amazon right now, so you'll have a new television to watch those beloved holiday movies and keep those traditions alive.

No matter which brand or screen size you're looking for, Amazon is packed with various models ranging from more modest options like 24- and 32-inch devices to showstopping 75- and 85-inch sets. And prices start at just $80.

One of the most noteworthy television deals happening during Amazon's Black Friday sale is on the Samsung 55-Inch Class QLED 4K LS03B Series The Frame Quantum HDR. The 55-inch model is 33 percent off right now, bringing its price tag down to $998. With its QLED technology, the device offers visuals with greater brightness and more accurate color intensity compared to standard LCD screens.

And the best part? It blends right into other hanging artwork with its slim-fit wall mount. You may even confuse it for a painting because when it's not in use, you can switch it to art mode to have it project your own photos or pieces from Samsung's Art Store to add a more decorative flare to your space. It's a great television for those rooms with a lot of light since its anti-reflection matte display film reduces unwanted glare for a solid image all day long whether in the morning or evening.

It also has anti-reflection thanks to its matte display that reduces glare, something one enthused reviewer praised: "We ordered this TV for the art mode, but were instantly amazed by the ability to destroy all glare in our bright room. This is an absolute game-changer for anyone struggling with this type of glare," they wrote.

If you're looking to splurge and bring a TV set to your backyard, check out Samsung's The Terrace Series, which is on sale for just under $5,000 right now. This 75-inch smart TV has a bright 4K QLED picture that is engineered for daylight and it's water and dust-resistant, making it ideal for the outdoors. It easily connects to your home Wi-Fi network and pairs with Bluetooth devices and has Alexa built-in, so you can just ask it to open apps, change channels, check the weather, and so much more.

While a five-star reviewer pointed out that this TV is pricey, they said "it's so worth it" thanks to "absolutely stunning" picture quality. They continued, "I love how it adjusts brightness to the ambient lighting condition and the smart TV function works as seamlessly as any Fire TV stick I own. It's exactly what I wanted it to be!"

Another standout deal is the Sony 55-Inch 4K Ultra HD TV X85K Series, which is 30 percent off, bringing its price to $698. With intelligent motion handling, this 55-inch television is great for watching sports and movies, as it reduces blur for optimal viewing. And with a wide spectrum of colors, this ultra-high-definition television provides a realistic color payoff that immerses viewers right into the content as if they were there in person.

As a smart TV, it's Alexa-enabled too, so you can ask the device to change channels, adjust volume levels, and power on and off. On the main screen, you'll find apps like Netflix, Prime Video, Disney+, HBO Max, and more where you can watch your favorite programs from any of the streaming services. Plus, the television was made with gamers in mind — it offers exclusive features which improve image quality while using the Playstation 5. Reviewers appreciate the motion flow and brightness/darkness settings, which can be adjusted to make their video game experience even more enjoyable.

Prices are falling as we speak: Since Amazon's Black Friday sale started on Thanksgiving, we noticed the price of this LG 48-inch OLED smart TV drop by a whopping 450 bucks. Though the 2022 TV doesn't have many star ratings on Amazon just yet, an overwhelming majority of them are a perfect five stars.

In the spirit to go big without breaking the bank? The LG NANO75 Series 75-Inch Class Smart TV is sure to be a talking point in a living or family room, and it's going for $897 right now, nearly 20 percent less than its original price.

As you watch your favorite program, you'll bask in over a billion colors which all work together to create a life-like image, enhancing the overall viewing. That basically means you'll experience home movie-theater quality visuals that everyone will enjoy right in your home. Plus, it has a brightness control feature that automatically adjusts your screen, regardless of the light conditions in the room.

The television is also great for families who have different viewing preferences, as you can set up individual accounts for easy access to favorite shows and personalized recommendations for new programs to watch. For the gamer in the house, they'll appreciate the TV's game optimizer, which allows users to control all of the game settings from a single dashboard like auto low-latency mode and HGiG compliance. It comes with the LG Magic Remote too, which allows you to quickly point, click, scroll or use your voice to find your favorite content on the television quickly.

One five-star reviewer shared that they felt the purchase of this LG television was simply "worth it" and "highly recommended to anyone who wants to have a high-quality resolution and color quality for movie time and gaming."

And, of course, we can't forget about Amazon Fire TVs, which start just above $200. You can find televisions from the 4 series and Omni series at serious discounts.

With vivid 4K Ultra HD properties, these televisions provide clearer and more precise images, feature voice control, and hold all entertainment offerings in one place for easy access — think streaming services, apps, video games, etc. And after a long day when you don't feel like using the remote, simply press the button and ask Alexa to find your favorite programs, check the weather, sports scores, and more by simply using the sound of your voice. If that's not enough, you'll even find multiple HDMI ports on these televisions, which can be used to plug in video game consoles and other devices for easy access, whether that's a Nintendo Switch or Playstation.

Right now, you can score the best-selling QLED TV on Amazon for 31 percent off. The 65-inch TV adjusts to the brightness level of the room it's in to offer the best viewing experience and offers seamless pairing with Alexa and your streaming subscriptions. Shoppers who have left five-star reviews say it's "fabulous" and "exceeds expectations."

One of the lowest-priced TVs in our roundup is the TCL 32-Inch Class 3-Series HD LED Smart TV, which is 39 percent off, bringing its price to $140. This LED TV offers a high-definition picture thanks to its 720p resolution and offers thousands of streaming apps, along with live sports and news, and music from Google Play and YouTube.

It also features a built-in Google Assistant to make searching for shows and movies a breeze, as it's activated with simply the sound of your voice. Chromecast is also built into the device, so you can cast movies, shows, and photos onto your television directly from your phone. Plus, you can use the television to tackle essential household activities like dimming the lights and changing the temperature. Its smaller 32-inch size makes it perfect for those apartments or dorm rooms where a television is essential, but there isn't a ton of space.

And if you're looking for a television that's under $100, you'll want to consider the Insignia 24-Inch Class F20 Series Smart HD Fire TV that's available this Black Friday for just $80. With a built-in Fire TV experience, not only can you enjoy your favorite shows on cable, but you can also choose from options on streaming services like Netflix and Disney+, and other popular apps. And this 24-inch model still provides 720p resolution picture quality and rich colors for an optimal viewing experience similar to higher-end televisions.

It's garnered more than 14,000 five-star ratings too, and shoppers have nothing but praise for the "great little TV" and its "clear picture" and "good sound."

A brand-new TV is one present that anyone would be happy to see under the Christmas tree and right now is the best time to take the plunge and Check out more of our top picks below.

Do you love a good deal? Sign up for PEOPLE's Shopping newsletter to stay up to date on the latest sales, plus celebrity fashion, home decor and more. 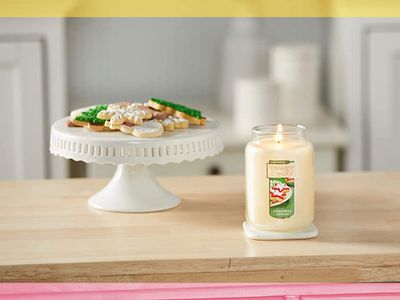 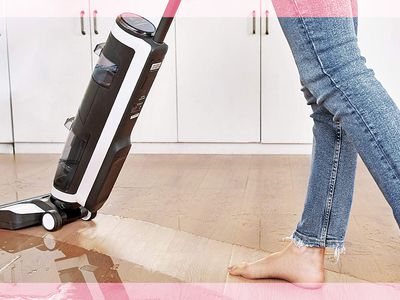 Cyber Week Isn't Over! This Vacuum-Mop Combo That's the 'Best' of Its Kind Is Still $125 Off at Amazon 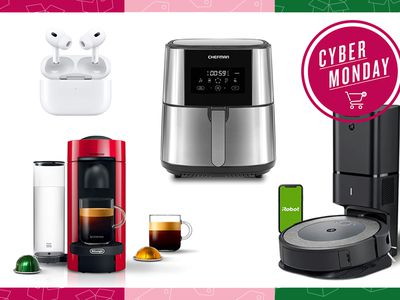 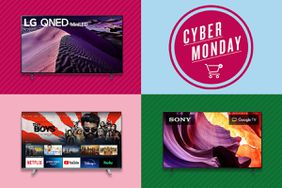 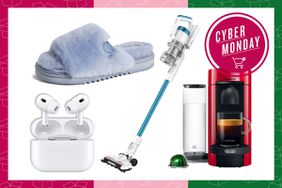 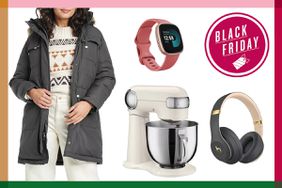 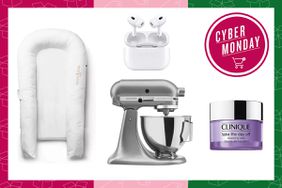 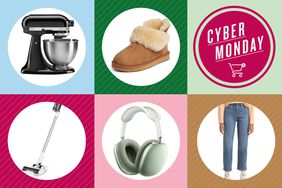 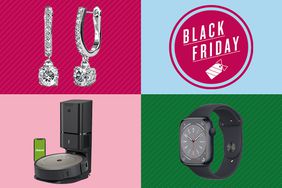 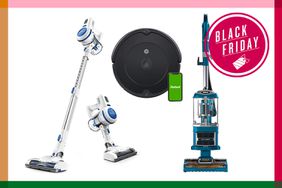 Found: All the Best Vacuum Deals Happening at Amazon's Black Friday Sale — Up to 81% Off 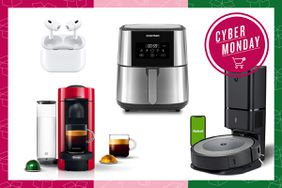 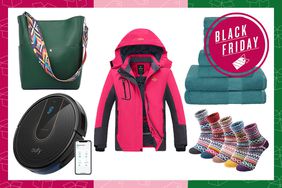 Prime Members, These Are the Best Amazon Black Friday Deals That Are Just for You 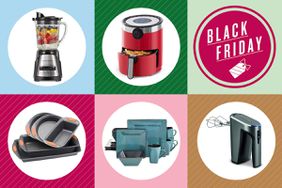 Whoa! These Top-Rated Kitchen Essentials Are Up to 73% Off at Amazon's Black Friday Sale 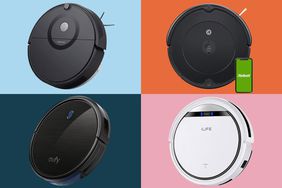 Ahead of Black Friday, Amazon Has Huge Deals on Robot Vacuums — Prices Start at Just $110 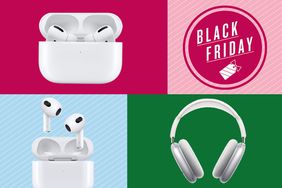 Black Friday Deal Alert! Apple AirPods Are at Their Lowest Prices Ever at Amazon 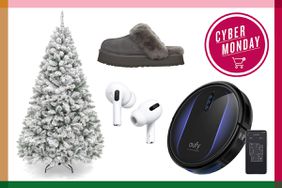 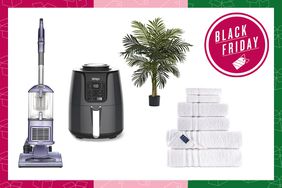 Amazon Shoppers Love These 40 Home Products, and They're on Sale for Black Friday 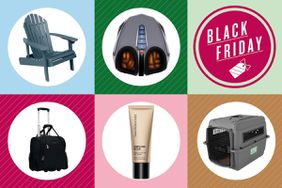 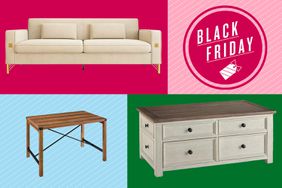