The hilarious Christmas gift was revealed on Shepard's Instagram on Friday

‘Tis the season for giving!

With only a little more than a week left until Christmas, Ashton Kutcher and Mila Kunis got into the holiday spirit by giving their pals Dax Shepard and Kristen Bell a very original — and hilarious — gift.

In a photo shared to Instagram on Friday, Shepard and Kutcher proudly held up a shower curtain with a giant photo of Kunis and her husband’s smiling faces on it.

“What a generous Christmas gift from the Kunis-Kutcher family,” Shepard, 43, jokingly captioned the shot. “A beautiful shower curtain for the attic(t) bathroom!”

The curtain is actually an inside joke between the couples as both Kutcher and Kunis have appeared on Shepard’s podcast, Armchair Expert, which is recorded in an attic above Shepard’s garage. In the attic, there is a bathroom which does not have a door, but that didn’t stop Kunis from using it.

Shepard and Kutcher have been longtime friends since they starred alongside each other on MTV’s comedic reality series, Punk’d, in 2003. Recently they reunited on the set of Netflix’s The Ranch, which Kutcher, 40, stars on.

But it’s not just the men who are close pals and have worked together.

Their wives, Kunis, 35, and Bell, 38, are good friends, after co-starring in Bad Moms and A Bad Moms Christmas over the last few years. The women have also bonded over similar haircuts and joked about giving their young children — both couples have two — and sips of alcohol.

Kutcher and Kunis share daughter Wyatt, 4, and son Dimitri, 2, while Shepard and Bell have two daughters together: Lincoln, 5, and Delta, who turns 4 Dec. 19.

Though Shepard was smiling on Friday, just a day earlier, he was refuting claims about cheating on his wife.

The actor came under fire on Thursday, after a report surfaced that he was unfaithful to Bell with Julie Andrews’ step-granddaughter Kayti Edwards.

In a Daily Mail article, Edwards alleged that she and the Parenthood actor were intimate in 2009. Bell and Shepard began dating in 2007 and tied the knot in 2013. He denied the claims on Instagram Thursday, writing, “Hey Daily Mail, that photo is 13 years old, not 9.”

According to Edwards, the images of her and Shepard in a photo booth kissing were captured at a private party in Hollywood where the pair allegedly reconnected nine years ago. Shepard denied this and said they were from 2005.

He went on to allege that 41-year-old Edwards has “sold stories to tabloids about Matthew Perry, Jack Osbourne, Kid Rock, and now me.”

“I look forward to her next one. Fingers crossed it’s about my #1, Brad Pitt :)” he jokingly concluded.

Edwards told Daily Mail that she “came forward” with the allegation “to get ahead of the story. I posted a photo on Facebook of me and Dax from that night as a joke and recently a few media outlets have contacted me about it.”

She later added, “I don’t want anything to do with Dax. I wish him well. I wish them to be happy. I hope that they’re happily married. I mean they have children. So my wish is that they’re happy and stable for the kids.” 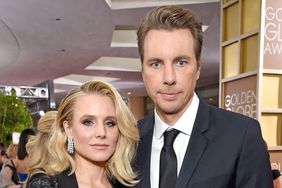 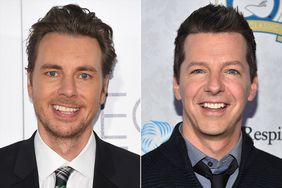 Dax Shepard Reveals He Was Fired from 'Will & Grace' : 'The Only Firing Experience of My Life' 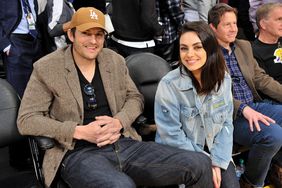 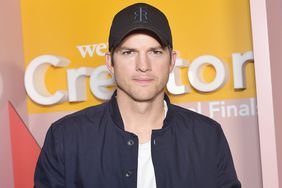 Ashton Kutcher Tweets Out Phone Number, Says He Misses 'Having a Real Connection with Real People'